Republicans Are Better at Party Discipline 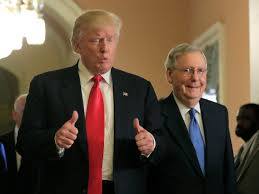 I believe Senate Majority Leader Mitch McConnell waited a respectable one hour after the death of Ruth Bader Ginsberg before announcing that his statement made in February 2016 shortly after Barack Obama nominated Merrick Garland to SCOTUS was no longer operable: “The American people should have a voice in the selection of their next Supreme Court Justice . . . . Therefore, this vacancy should not be filled until we have a new President.”

Republican senators -- most of whom had loudly and piously agreed with McConnell's new doctrine in 2016 -- began falling in line. They'll vote -- the vast majority of them anyway -- to confirm whomever Trump nominates because they can and they must because "pretty much everybody is a hypocrite when their interests are on the line, and American politics have always been about the naked exercise of power. As Thucydides wrote 2,500 years ago, as the world’s first democracy was collapsing around him, the 'strong do what they can, and the weak suffer what they must.' Mitch McConnell, like any politician, will do what the people let him get away with" (Michael Austin).

We're all calculating right now what McConnell can get away with. Still no word from Mitt Romney and Chuck Grassley about how they'll vote on the power-grab. If they joined Lisa Murkowski and Susan Collins, that would be the four to stop McConnell from getting Trump's third appointment to SCOTUS -- as doubtful as that scenario is -- because of the Republican long habit of strict party discipline, exacerbated now by a president with a mean Twitter-finger. Democrats, on the other hand, have no discipline and don't seem likely to develop any in my lifetime.

I heard ex-Senator Claire McCaskill talking this morning. She said she had been speaking over the weekend with some of her former colleagues in the Senate from both parties, and she floated the plausible scenario that McConnell might wait until the lame-duck period after the election to force a vote because having the fate of a new appointment to SCOTUS hanging in the precarious balance would do more for boosting Republican turnout than getting that person confirmed right away before November 3rd.

It's an interesting theory, and I certainly hope it makes perfect sense to Mitch McConnell.