As always, grateful to political scientist Michael Bitzer for digging into the urban/suburban/rural distribution of votes in North Carolina. He's interested in testing whether the national suburban trend away from Trumpism (much discussed here since 2017) will hold true in NC. He seems to think it will.

Another quarter of the voters reside in the 27 surrounding suburban counties, leaving barely two out of ten voters residing in state's rural counties. 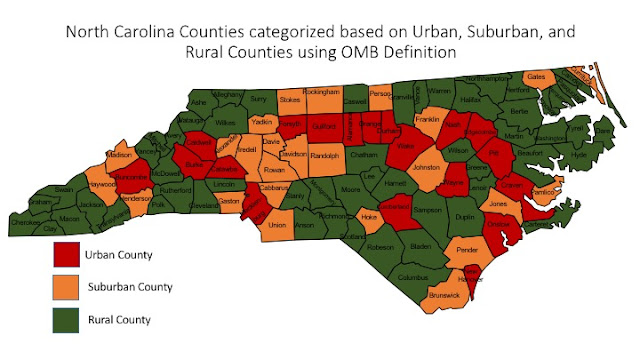 Posted by J.W. Williamson at 11/13/2019 10:59:00 AM
Email ThisBlogThis!Share to TwitterShare to FacebookShare to Pinterest
Labels: 2020 Blue Wave, Michael Bitzer