It's Up to the Courts Now

Assuming that the court finds the map okay, there'll be considerable fluffing of feathers among incumbent reps, some of whom (like Virginia Foxx and Patrick McHenry) have new constituents to introduce themselves to. Also considerable soul-searching among Democratic candidates who had already announced or those who will now announce because they see an opening.

Much to unpack in coming days, as the demographic and partisan makeup of the new districts becomes clearer. 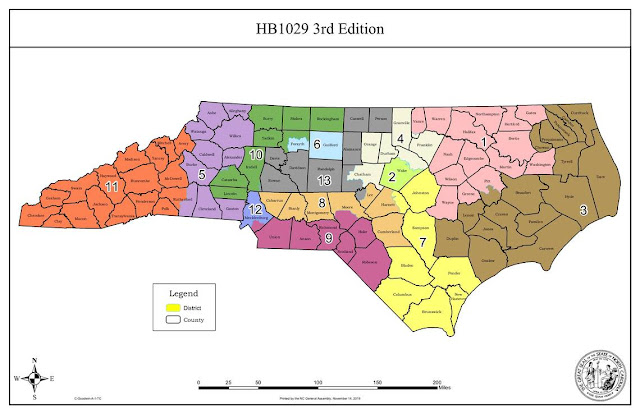 Posted by J.W. Williamson at 11/16/2019 10:50:00 AM
Email ThisBlogThis!Share to TwitterShare to FacebookShare to Pinterest
Labels: Patrick McHenry, redistricting, Virginia Foxx