Jeanne Supin: Don't Count Her Out for the Future 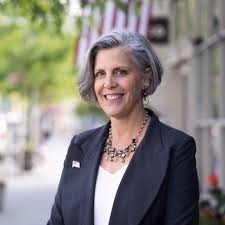 Democrat Jeanne Supin has been laying the foundations for a congressional run for months now, planning to challenge Virginia Foxx in the NC-5. The recent remapping of the district upended those plans. We heard a week ago that she had laid off her staff and was suspending operations, and we reported that.

But Supin released a press statement yesterday that introduces doubt about her plans. She hasn't slammed any doors. This is an excerpt of what she distributed:


...The courts will review the map on December 2, 2019 and decide what to do. They may approve these new districts for the 2020 election; reject them and send them back to the state legislature, with or without oversight; or give the task to an outside nonpartisan entity. Plus, they may delay the March 3, 2019 primary to a date later in the year. The courts also halted any candidate filing for congressional races until further notice.

Confused? Me too. And uncertainty abounds.

The New Map Is Dramatically Different And May Change Again:

The new map is dramatically different congressional districts across the state, including western North Carolina. And if the courts rejects it, the map will change again.

For eight months I have been working hard to meet and learn from voters, forge connections and build a campaign team across an 11-county district. In this newly drawn district, five of those counties are different (5 counties from the old map have been dispersed to other districts; 5 new counties have been added to the district).

Politically the demographics, party affiliation and vibe are quite different. And the political calculus and approach must be different, too.

2.    Regardless of congressional maps, the issues and needs remain the same. People are still struggling financially, can’t afford quality healthcare, are saddled with overwhelming student debt, desperately worried about climate change, angry about voter suppression and horrified by the breadth of lies, divisions and lack of courageous leadership in our politics.


3.    Regardless of congressional maps, the solutions remain the same, too. We need courageous leadership to achieve universal healthcare, a new and green economic plan that uplifts families and communities, strong quality education that encourages lifelong learning, and immediate action to end CO2 emissions and transition to a humane, just and responsible relationship between us and others and the planet we all share. This rings true whether you live in Jefferson, Gastonia, Asheville, Shelby, Sparta, Taylorsville, Wilkesboro, Boone, or my home community in Todd.

I Remain Committed to My Neighbors: ...

By necessity I am slowing political and fundraising activities until the courts make final decisions about the congressional maps, the filing period and the primary election date. Hopefully these decisions will be finalized by mid-December. Meanwhile, I continue to meet with voters throughout central and western North Carolina.

No matter what happens with redistricting, my eight months on the campaign trail have deepened my commitment to my neighbors and my resolve to achieve the goals I set for this campaign. I cannot express in words my depth of gratitude to all who’ve shared their stories, time, wisdom and support. And I take very seriously the trust you have placed in me.

I honestly don’t know what the political landscape will look like mid-December; I will make the best decision I can as soon as the courts make theirs. Regardless, my voice – strengthened by all your voices – has been unleashed, and I assure you I will keep on using it on behalf of us all.

Posted by J.W. Williamson at 11/24/2019 09:07:00 AM
Email ThisBlogThis!Share to TwitterShare to FacebookShare to Pinterest
Labels: Jeanne Supin, Virginia Foxx