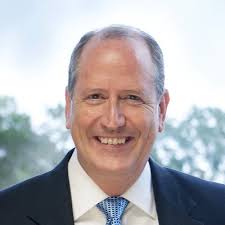 Dan Bishop only just won his seat in Congress from the 9th District of North Carolina in the special election of September.

He has now distinguished himself as the first member of Congress to reveal (in a tweet, naturally) the name of the person he alleges is the whistleblower. That can only be interpreted as an effort to intimidate both the whistleblower and anyone else considering sharing the truth about what our government is doing.

For creepy, below-the-belt fondling of authoritarianism, Dan Bishop has already shown himself a bloated Trumpist. If there is no legal way to sanction such behavior, he should be condemned by every North Carolinian for the reckless exposure of a protected civil servant which could easily lead to bodily harm.

Have you, finally, Congressman, no shame?

Posted by J.W. Williamson at 11/15/2019 10:51:00 AM
Email ThisBlogThis!Share to TwitterShare to FacebookShare to Pinterest
Labels: Dan Bishop, impeachment, Ukraine

Not to mention...WHISTLEBLOWERS ARE PROTECTED BY LAW!

Can he please be re-gerrymandered out of his district?1