Glad to see so many retired Marines announcing for Congress in 2020! 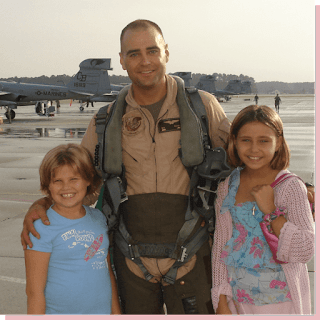 Scott Cooper retired from the Marine Corps in 2013 after doing a few things:

• Squadron commanding officer. Deployed 200-person squadron to Afghanistan, flying in combat. Squadron recognized with Phoenix Award as the #1 unit for maintenance readiness within the Dept of Defense.

• Deployed to Fallujah, Iraq during key tribal engagement efforts in Al Anbar Province, Iraq, the “turning point” in the campaign.

• Key leader and technical expert in the Counter-Improvised Explosive Device efforts in Iraq. Led inter-service and inter-agency effort that achieved an over 50 percent reduction in fatalities in 2007.

Okay. You've got our attention, Colonel.

His philosophical outlook is high-minded (if a tad Little-Mary-Sunshine-ish). He writes on his Facebook page:

I’m proud of my 20 years in the Marine Corps, especially when I look back at all those who gave so much for our country. What strikes me about that experience is that no one asked where you were from, who your parents were, or how much money they made. No one cared about what religion you were, or with what political party you identified....

The last couple of years, it feels like we are more divided than ever. Somehow, the idea has taken hold that those who don’t share your political beliefs are your enemy. I couldn’t disagree more. We all share the same proud title, the most important one in a democracy – citizen.

He's good friends with Richard "Otter" Bew who ran (alas, unsuccessfully) in the Democratic primary for the special election in NC-3. Maybe Cooper's race in the NC 2nd Congressional District will turn winner next year. The "2020 Tracker" at PoliticsNC.com rates the district "competitive."

Scott Cooper is challenging Republican incumbent George Holding, who has played a potted plant in Congress. 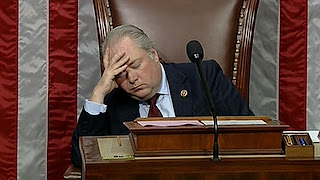