But then Twitterman came out with a full-bore endorsement for Tillis on Tuesday, stunning Tillis's enemies. 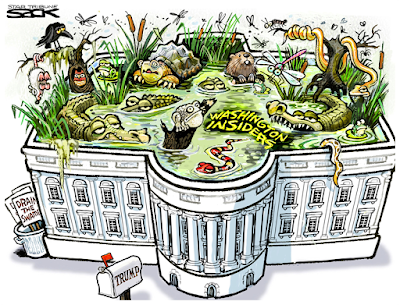 Brant Clifton at The Daily Haymaker says Twitterman's endorsement makes a mockery of his "drain the swamp" slogan.

How do you go on worshipping your savior when he's just so damn wrong?