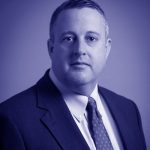 He's called "businessman Michael Whatley." He's from Gaston County. Here's how he describes himself: "Since volunteering for Jesse Helms in his 1984 race against Jim Hunt as a sophomore at Watauga High School, Michael has knocked on doors, worked on phone banks, put out yard signs and raised money for Republicans in Local, Legislative, Congressional, Senatorial and Presidential races from one end of North Carolina to the other." Republican conservative activist Brant Clifton rebuts that: "Thirty days ago, NO ONE had heard of Michael Whatley. He has no record of recruiting candidates, promoting the party platform, running campaigns, or raising money for party organizations."

The Tea Party conservatives were backing Jim Womack, currently the chair of the Lee County Republican Party and a harder edged conservative. Womack actually won the raw vote at the convention yesterday, but then something magical -- called "weighted voting" -- intervened, and presto-chango, Michael Whatley came out on top.

So the conservatives are pissed. The establishment (Dallas Woodhouse) is still in control, and a Republican primary against Senator Thom Tillis, the establishment's boy, is looming next March.

Last I heard Woodhouse intended to step down after this convention. Did he or not?

Woodhouse will step down, but apparently the party gave him a contract to stay on for a while to smooth the transition to new leadership.

So NC Republicans gerrymander their own elections!!?? You can't make this stuff up.

Wonder how they did their “weighted voting”??

The "weighted votes" were probably the ones getting money from Art Pope.