A Strong Contender for the NC Senate


NC Senator Terry Van Duyn is not running again in 2020 for her Senate seat (District 49) because she's running for Lieutenant Governor. District 49 is considered "strong Democratic." It covers all but the southernmost portion of Buncombe County and most of Asheville. It's a prime opportunity for the right Democrat to join the circus in Raleigh. So you can expect a rush of contenders. 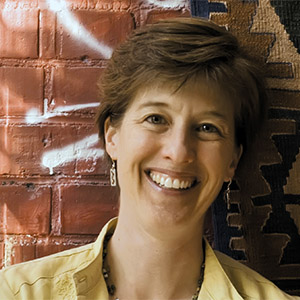 The right Democrat may well be Julie Mayfield, since 2015 a member of the Asheville City Council and one of the foremost leaders of MountainTrue, an environmental advocacy nonprofit. She helped co-found MountainTrue in 2015, the same year she made it to the City Council. MountainTrue was a merger of environmental advocacy groups in Henderson, Jackson, and Macon counties and has become the official home for both the French Broad Riverkeeper and the Watauga Riverkeeper.

Julie Mayfield got her law degree from Emory University in 1996, which apparently fueled an inherent gene for pro bono and public good advocacy. She directed the Turner Environmental Law Clinic at Emory University School of Law where she represented environmental groups, civic associations, and individuals in public interest environmental law cases. From 2003 to early 2008, she was Vice President and General Counsel for the Georgia Conservancy. She arrived in Asheville in 2008 and by 2011 she was appointed by Governor Bev Perdue to the Mountain Resources Commission, where she served until the legislature dissolved the Commission in 2013. She also served on the North Carolina Conservation Network board for six years, chairing it for two.

Most recently, MountainTrue came out strong against the petition by the Town of Beech Mountain to the Army Corps of Engineers to be allowed to hoard more water from Beech Creek: "Instead of fixing their leaky water pipes, the Town of Beech Mountain is trying to get the Army Corps of Engineers to change the permit that determines how much water it is required to release from its Buckeye Reservoir to support stream life downstream in Beech Creek." Bad municipal infrastructure shouldn't take it out on Mother Nature.

MountainTrue looks financially healthy. It's now offering grants to "kids, teens and families" all over the mountain region who'll be actively engaged in "policy and project advocacy, outreach, and education, and on the ground projects." It intends to feed the grassroots of environmental activism and make a difference. I take that as the stamp of Julie Mayfield's character.

On the Asheville City Council, she's pushed a new program for down-payment assistance for prospective homeowners and she's shown a commendible curiosity about how the Tourism Development Authority spends tourism tax revenues.

From the article about her announcement of candidacy in March of this year: Prior to MountainTrue, Mayfield worked for Amnesty International USA and for the Atlanta Community Food Bank and for the Georgia Justice Project. She advocated for people caught up sometimes in a meat-grinder of law enforcement, which accounts for Mayfield's active participation in rewriting the use-of-force rules for the Asheville City Police, a policy-rewrite that Mayfield says has led to a 61% reduction in use-of-force incidents.


Mayfield Not the Only Democrat Already Running 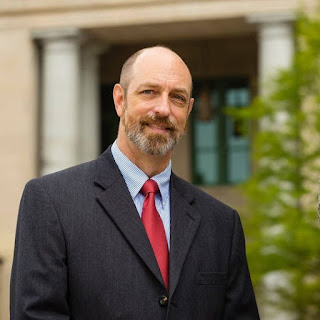 Ben Scales beat Mayfield's announcement last March by a single day. Scales is also a lawyer and has run unsuccessfully twice for Buncombe district attorney, once as an unaffiliated candidate. Scales came out immediately for the legalization of marijuana and staked out other progressive positions:


"Health care is a right, climate change needs rapid solutions now, education is for everyone, gender is a spectrum, immigrants are welcome, domestic violence won’t be tolerated, women are equal, agriculture and innovation is vital, elections should be fair and voter registration automatic, the cash bail system, mass incarceration and the war on drugs must end."

Remember the late March scandal when the wife of the youngest member of the NC General Assembly from Transylvania County had to take out a protective order against her abusive husband? Ben Scales was the lawyer who helped the wife win that protective order.