"Hofeller devoted the most time to North Carolina..." 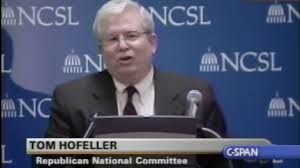 
In February, attorneys challenging North Carolina’s legislative gerrymander notified the defendants, a group of Republican leaders in the legislature, that they’d issued a subpoena. The lawyers had asked Stephanie Hofeller Lizon to provide “any storage device” containing redistricting-related documents left by her estranged father, Thomas Hofeller, a Republican consultant who specialized in gerrymandering. Republican legislators did not object, and Lizon turned over the requested materials: 18 thumb drives and four hard drives containing more than 75,000 files—many related to her father’s consulting work. The voting rights attorneys had uncovered a vast trove of information exposing the inner workings of GOP gerrymandering across the country.

Upon learning what their opponents had obtained, attorneys for Republican lawmakers went to court to try to seize the files. But it was too late. Voting rights advocates had lawfully acquired the materials, even after having given Republicans a chance to object. And on Thursday, they dropped the first bombshell from Hofeller’s hard drives: A key portion of a 2015 memo written by Hofeller appeared in a draft Justice Department letter used to justify the Trump administration’s efforts to add a citizenship question to the census. Hofeller’s memo, which explains why the citizenship question would boost the voting power of “Republicans and non-Hispanic Whites,” indicates that administration officials lied about the reason for adding the question....

For years, Hofeller held an office at the Republican National Committee on Capitol Hill. He worked as both its official redistricting director and, later, as a paid consultant. He traveled the country to teach Republican lawmakers how to gerrymander their districts to create permanent GOP legislative majorities.... But Hofeller devoted the most time to North Carolina, where he created lopsided Republican majorities in a state evenly divided between the parties....

Read the whole article! Republican attorney Phil Strach, husband of recently fired executive director of the NC State Board of Elections Kim Strach, was representing the "Republican lawmakers" (Berger/Moore) in the attempt to suppress the Hofeller secret gerrymandering files.