You May Be Seeing an RNC Operative in Your Neighborhood Soon 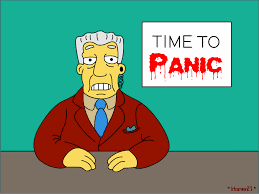 A Friday headline to go with your second breakfast: "GOP breaks the glass as House outlook darkens; The party is scrambling to shore up seats deep in Trump country, where incumbents won by double digits in 2016."

And this paragraph, deep in the article:


The RNC [Republican Nat'l Committee] has established an elaborate field program in North Carolina, where [George] Holden, [Ted] Budd, and [Robert] Pittenger are running — and where there are otherwise few voter turnout mechanisms in place. With North Carolina in a “blue moon” election cycle, meaning that there are no statewide races on the ballot other than Supreme Court contests, the committee has dispatched six full-time field staffers to the state.

Presumably those hotshot Republican operatives will be fixating on Congressional districts 2, 9, and 13, where Holden, Budd, and Pittenger have been dragging their heels with fundraising, while their likely Democratic opponents (Ken Romley, Dan McCready, and Kathy Manning, respectively) have had no trouble attracting enthusiastic support.

Anyway, where will the RNC station those six full-time field staffers? In urban centers, that the Republicans in the NC General Assembly have been shitting on for five long years?