Corruption of the NC Court System Becomes an Issue in 2018


Take a look at this mailer being sent out in several NC House districts (at least) by a group calling itself "Fair Courts Now." It's designed to put pressure on Republican lawmakers who, under the leadership of  Phil Berger and Tim Moore, have been messing with the judicial system in an effort to avoid having their unconstitutional laws thrown out by the courts.

This particular example is aimed at Rep. William "Bill" Brawley, who represents District 103 in the NC House. Brawley's got the race of his life on his hands this year, with Democrat Rachel Hunt, the daughter of former Governor Jim Hunt, filed to run against him.

This same mailer is showing up in other House districts with other Republican members pictured on the front: "Call Rep. Whosit Today." (So far I've seen one other aimed at Rep. Ted Davis in District 19. Indebted to Jonathan Kappler for collecting political mailers from all over the state and posting them for our edification.)

We're glad to see the issue of a judiciary under attack surfacing in this year's General Assembly races. 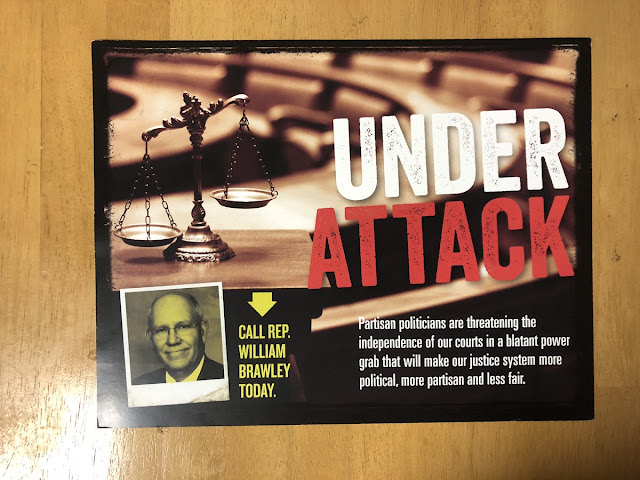 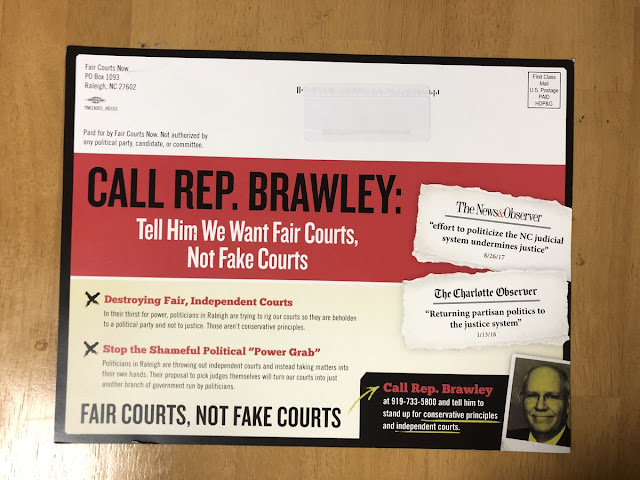