A Very Stable Genius at Work and at Play 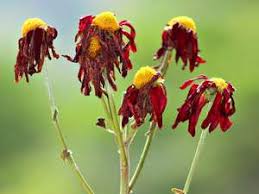 It takes a genius, dudn't it, to inspire the Chinese to hit back and hurt one's own rural base? Cutting off your nose soybeans to spite your face chances of surviving to Tuesday. (Pick a Tuesday.) Just another brick thrown through tomorrow, by a president who never ever considers the end result of what he says and does.

Trade wars are good and easily won, said the man on Twitter.

"China’s aggressive response to Mr. Trump’s tariffs is aimed squarely at products produced in the American heartland" (Stolberg and Swanson). He couldn't foresee that? What, no one in his earshot predicted the Chinese response? Pig farmers and soybean and corn producers -- virtually all of Iowa and much of Illinois, Arkansas, Missouri, the Dakotas, and much of North Carolina too -- guys, your lives are about to get a lot more complicated. Nearly two-thirds of United States soybean exports (alone) go to China.

It was a campaign promise, see, like the Great Wall of Mexico, and the man fixates on acting on those promises. Doesn't want to look weak or ineffectual, like he did on Obamacare repeal, so by gawd those tariffs fly and that wall gets built, even if he has to lie about it.

You might have thought that the man on Twitter would have backed off his tariff threats, once he began to hear the outcry (Stolberg and Swanson say that members of Congress from corn and soybean country have had the loud vapors about Chinese retaliation), but instead of backpedaling or hemming, Trump said in a radio interview on Friday," I’m not saying there won’t be a little pain, but the market’s gone up 40 percent, 42 percent — so we might lose a little bit of it — but we’re going to have a much stronger country when we’re finished."

When you're finished, you might not have a golden throne to plop your genius ass down on.

The Chinese hold how much of our debt? Really, that much!

Mr. Trump has directed the Department [of Agriculture] to implement a plan to help farmers cope with the damage from tariffs. But few details have been forthcoming about how such a program would work or how much it might cost. And it is not clear how much the Agriculture Department could do to remedy the damage done to key trading relations in a global economy.

Deficit spending by the Commodity Credit Corporation will soar. Trump's government will have to prop up the crops and producers with subsidies and rob Peter to pay Paul.

Posted by J.W. Williamson at 4/08/2018 09:21:00 AM
Email ThisBlogThis!Share to TwitterShare to FacebookShare to Pinterest
Labels: Donald Trump