Last Gasp of Moderates, Or a New Dawning? NC Senate District 39 and Its Republican Primary


Beth Monaghan is proudly a "moderate Republican." She announces it on the home page of her website. She's also running for an NC Senate seat against one of the most un-moderate Republican incumbents, Dan Bishop, in Dist. 39. By May 9th, we should know if GOP moderation triumphs, or can even survive.

Senate District 39 is entirely in Mecklenburg, on the southeastern border with Union County. Takes in Matthews and Mint Hill and a lot of ex-urban Charlotte. FlipNC rates District 39 as D -5, which ain't great but ain't impossible either. But NC Free Enterprise Foundation rates the district as a brighter red. Down five points? Down 20 points? This is the year when a Democratic deficit doesn't mean what it used to. How many times have we seen huge Democratic deficits simply vanish this year (like pimples on a teenager who's suddenly growing up).

The Republicans have a primary in the 39th and so do the Democrats (see below). The outcome on the Republican side could signal trumpian pugnacious intractability, which is what I expect and which is why I think Dan Bishop is going to win that race. 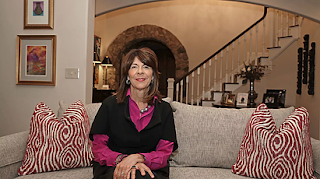 
She's "country club," baby, and tough. Sensible, smart, well turned out. She thought what the General Assembly did to Charlotte via the "bathroom bill" was crap and set about absolutely ruining business for the business class she's comfortable with. She's perfectly logical and commendably blunt about incumbent Dan Bishop: "We need to rebuild our North Carolina brand and rebuild our relationship between Charlotte and the General Assembly. I don't think that will happen until we have different people representing Charlotte in the General Assembly."

She's an accountant by profession. She founded the Monaghan Group and led the accounting business for 20 years before selling it. She's quoted in The Charlotte Weekly: "My senator is not representing my values and I don’t think he is representing the values of the district, individual dignity, equal rights, equal justice, free enterprise, limited government. Those are all North Carolina Republican values. My senator didn’t represent those values when he wrote HB2 [bathroom bill]. ”

Monaghan's son came out as gay in college. She correctly interpreted the bathroom bill as a slap against people like her son. "For my home state to pass legislation that said, in effect, my son is ‘less than,’ saddened and infuriated me,” Monaghan told the Charlotte Observer.

WFAE profiled her: She supports LGBT rights, independent redistricting and says it's time to refocus the General Assembly's attention on core Republican issues like personal liberty. "And I think I'm just the woman to bring some accountability to the General Assembly."

Her campaign mantra (or it should be): "Republicans like Dan Bishop: Government Overreach and Bad for Business."

Exciting as she seems, I don't see her beating Bishop, unless those suburban Republican women rise up in great numbers to overwhelm the trumpers. If she could beat Bishop, she'd probably win the General.


Bishop has a Chapel Hill law degree and a full legal career behind him. He served two terms in the House before opting to run for the Senate seat in 2016 when incumbent Bob Rucho gave it up. (This is the district that elected Bob Rucho, the Jersey Bomber, for several terms, and he often ran unopposed, so this is a district that likes their authoritarians.)

(Incidentally, Bob Rucho has moved to Mooresville and is now running again in a crowded Republican primary in Senate District 34.)

Bishop's known in Raleigh as abrasive. And obnoxiously conservative. He's best known for the bathroom bill, as chief sponsor and main author. The passage of HB2 led to a national boycott of North Carolina by major employers, conventions, sporting events, and entertainment figures. According to RealFactsNC, "Bishop has been unrepentant." He even sought to criminalize peaceful protests with a five-year minimum sentence after former Gov. McCrory got chased down the street by LGBT protesters at the Trump inauguration. Bishop had faced protests too, and he was fed up. (Can you spell a-u-t-h-o-r-i-t-a-r-i-a-n?

Bishop fingers the usual suspects behind all his troubles: "There is a hostile media and a special interest or two that are interested in creating controversy instead of prosperity for all of North Carolina. That is what the election is about.” If people would only just shut the hell up about being discriminated against!


In late March of 2017, the General Assembly passed a compromise retreat that repealed most of HB2, and Governor Cooper signed it, but Dan Bishop lashed the compromise on the Senate floor. “This bill is at best a punt. At worst it is a betrayal of principle,” Bishop argued. The Senate passed the compromise anyway, 32-16. 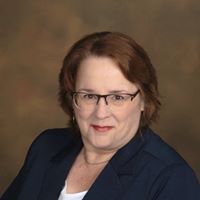 
District 39 has a higher-than-average level of educated voters. Will they take to Ann Harlan, the single working mother of five (four of them adopted through the foster parent program) but also an academic egghead -- I mean no disrespect -- who holds a doctorate from Michigan State University and teaches college-level sociology and social work.


Will Democratic voters take to her? Dunno (but the Black Political Caucus of Charlotte-Mecklenburg endorsed her). At the moment she has a severely under-developed web presence and little presentation of personality. Her campaign seems curiously up-tight and buttoned down. Too buttoned down. 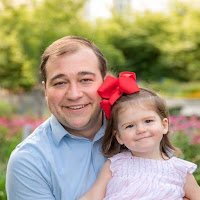 
Stachowicz is CEO of Cloverhound, an IT company he founded that has employees in North Carolina, Colorado, and Ohio. He described himself as "socially liberal but fiscally conservative." "A fiscal conservative to me means spending money in the right way and making sure we get a return on our investment," Stachowicz says. The public investment needs to be in education, sure, but there are different kinds of educations that deserve our support: “I come from a generation where they preach that college is the only way to make it. That is a way to go for some, but an electrician is a job here in North Carolina where there is a great need. An electrician will make close to $70,000 once they finish their apprenticeship, which is two years."

The North Carolina Association of Educators (NCAE) has endorsed Sachowicz. So has Planned Parenthood Votes! South Atlantic. And the New South Progressives. And Moms Demand Action.

If Ms. Monaghan is a "moderate Republican" then why is she on record donating to Democrats like NC Governor Roy Cooper and failed Presidential candidate Hillary Clinton? Why did she spend her time in the 2017 election cycle helping Democrat Julie Eiselt win a City Council At Large race against two Republicans? And why is she using a Democrat political consulting firm to run her campaign?