I mentioned pugilist Republican Bob Rucho in the last post down-column. Rucho had been a gerrymandering and hot-tempered dynamo in the NC Senate (District 39) after 2010. He dropped out of running in 2016, apparently spent the next two years saving up rent money, because one day before filing to run in Senate District 34 (Statesville-Mooresville area), Rucho rented an apartment and declared residency. It was an open seat, see, because safe incumbent Republican Andrew Brock quit last July to take a seat on a board of review that decides unemployment claims.

Dan Barrett, the Republican appointed to Brock's seat, is not running for it this year. Four other Republicans are, including Rucho.

From her press release: “I want to couple fiscally-conservative principles with a collaborative approach that ensures economic and educational prosperity for Iredell and Yadkin counties, as well as communities across North Carolina,” Sawyer said. “I want to work with my fellow senators to strengthen our education system, enhance our attractiveness to new businesses and find new ways to make sure those who work in our areas of public safety have the resources they need to meet today’s challenges.”

No cultural war stuff there. She's not obsessed with power. She likes public education.


The combustible carpet-bagger from Charlotte ... Rucho, as chair of the Senate Finance Committee, had a hissy-fit disagreement over the budget with Senate President Phil Berger in 2013 and abruptly resigned his chairmanship. Berger never accepted the resignation, so eventually, after a few months, Rucho slinked back and took his chairman's gavel again. He gets hot fast.

Rucho sees Vicki Sawyer -- "the woman" -- as his chief stumbling block in slinking back to the NC Senate, and he's already caused a public fuss by denigrating Sawyer's gender. At a candidate forum in Statesville, Rucho looked at Sawyer and told the crowd, "This shouldn't be a beauty contest," and the sarcasm was lot lost on the voters. John Deem listened to the forum tape and reported, "Audience members can be heard reacting immediately, with some groaning, some laughing and others just saying, 'Wow.' There’s little doubt that those folks thought Rucho was referring to Sawyer."

So Rucho's a dick, and Republican primary voters have proven fond of dicks in recent years. But if this is "the year of the woman" for Democrats, maybe the same dynamic will work for sane, middle-of-the-road Republican women candidates too.


Two Other Republicans in This Senate Primary 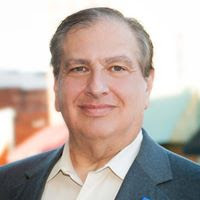 
Daoud describes himself as "an activist," and indeed he is and has been. Active with Habitat for Humanity and United Way, served as the chair of the Pilot Mountain Planning and Zoning Board, worked on the Mayor's Downtown Task Force, been a loyal booster of the NC GOP as chair of the 6th Congressional District Republican Committee. He ran for Secretary of State in 2012 and didn't make it out of the primary. He tried again in 2016 for Secty of State, and again didn't make it out of the primary. In 2013, Republican Governor Pat McCrory recognized Daoud's service and appointed him to the NC Lottery Commission, his highest office so far.

Daoud is a bit of a carpet-bagger himself. Last November, Daoud moved from where he lived in Pilot Mountain and established himself inside the funeral home he owns in East Bend, to qualify as a resident of Senate District 34. 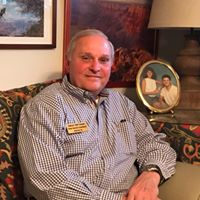 
A retired NC public school teacher, coach, and athletic director. A veteran of the US army, and he says he worked for Homeland Security. He gets specific about the bad public education policies that have come out of Raleigh:

"The legislature has been given poor information about our schools and teachers of NC. I feel the decisions being made have hurt and continues to hurt our schools. It is time that someone in Raleigh stands up for our children and those who serve them. NC schools are receiving less than 30% of state lottery funds. We were told if we approved the lottery funds would go to the schools. Interstate 77 is a disgrace; why do we get a toll road and Greensboro gets 12 lanes?"

He has a Facebook page, but that's all she wrote!