"Non-Native" Could Spell Trouble for the NC GOP 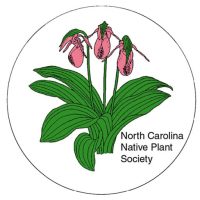 Some 20 years ago, in the elections of 1998, when Watauga County elected its first Democratic majority County Commission in many years, we had noticed a shift -- non-native voters were growing in numbers while pure North Carolina natives were shrinking. In a second-home and tourism-dependent scenic mountain county, what else would you expect?

Speculation always leads to stereotyping, including here. Some 33 percent of the non-native voters are Democrats, 30 percent are Republicans and 37 percent are unaffiliated. They tend to vote in lower percentages than the native-born, who are still the majority of "active voters." So non-natives are sometimes a deep mystery. Will they turn out? Which way will they go? Will it even matter?

One caveat: Christensen says, "There are 5.9 million registered voters whose birth state is listed in State Board of Elections and Ethics Enforcement records, out of the state's 6.9 million total registered voters." Meaning that there's a million voters of unknown origin -- because they've been registered a long time or they left the question blank on the form -- so who knows who the real majority is? And does it even matter?


Christensen is cautious: "The politics of those born out of state seem to be a little different from North Carolina natives." Cautious for good reason. Christensen doesn't want to make too much out of the numbers, because is that even really a voting bloc? Or a heterodox invasion of people looking to blend in with the local communities as quickly as possible.

Does "non-native" signal anything about political leanings or outcomes? I think so, especially as voters born out of state have paid attention to what's happened since 2010 in Raleigh. An outsider might justifiably see the direction the state has taken as off a cliff.

Something's already happened in other states, too, especially Southern ones. You've noticed the swings in deep red Alabama, in Virginia, in Pennsylvania, right? And in a bunch of other states, like Wisconsin and even Oklahoma. Those swings swung because suburban Unaffiliateds (and some suburban Republican women) had had a bellyful of sky-diving conservatives, and, along with fired-up Democrats, swept aside Republican candidates in special election after special election. That's without even uttering the given name of Corporal Bonespurs. Every demographic blip potentially drives an electoral wave.

The suburbs of North Carolina are full of non-native recent arrivals.

Could be coming a judgment on Raleigh, and Washington, this November, that might be largely the doing of the Unaffiliated, a majority of whom ain't from around here.