Forecast: Cloudy with Chance of Litigation 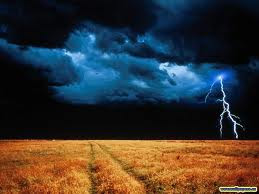 Nelda Holder in the Mountain XPress recounts a little instructive history of North Carolina redistricting, RE the new Republican majority's sweaty ambition to shiv as many current Democratic members of both the U.S. Congress and the NC General Assembly ... starting with this:

...After the 1980 census, the Legislature was forced to draw up three different redistricting plans before one of them passed muster with federal judges. In the 1990s, it took four plans. Following the 2000 count, there were five....

Even before any litigation, the Republicans have already drawn two different maps for the state's U.S. Congressional districts.

Holder also includes some context for the long-proposed non-partisan redistricting commission, something leading Republicans were for last year and against this year:

Since [1993], at least 23 bills proposing a nonpartisan redistricting process have been introduced in the General Assembly, according to the official website. Three of them were filed in the current, Republican-dominated session. Twenty were put forward under the Democrats between 1993 and 2009, often sponsored by Republicans such as Sen. Tom Apodaca of Hendersonville, Sen. Phil Berger of Eden and Rep. Thom Tillis of Mecklenburg County. Those three are part of the new Republican leadership in Raleigh: Apodaca chairs the powerful Ways & Means Committee, Berger is the Senate’s president pro tempore, and Tillis is speaker of the House. Their names no longer appear in the list of those sponsoring nonpartisan-redistricting legislation.

Posted by J.W. Williamson at 7/20/2011 10:03:00 AM
Email ThisBlogThis!Share to TwitterShare to FacebookShare to Pinterest

For everyone who keeps saying that the Dems "did it too" over the last 100 years to keep more Democrats in the House, look at what happened after the 2000 census: before, the Republicans held a 7 - 5 advantage in the US House delegation. After the 2000 census, it changed to.... 7 - 6 Republican! Ooooh! The Democrats really screwed them over, didn't they?

You are comparing one gerrymandered apportionment to another. And neither has any relevance. If a 7-6 Republican result was the best the Dem legislature could do, what does that prove? Had Repubs redrawn from the 2000 Census, they might have had a 10-3 split - we just don't know and to reach conclusions based on your data is just silly.

My point was that, the Republicans are defending themselves saying that "Democrats did it just as badly." If that were the case, one would think we would have seen a much more lopsided Dem congressional delegation. That was clearly not the case.

Moose...how do you know that wasn't the case? It may be that the 7-6 split was the best that the democrat gerrymanderers could do. Maybe if the redistricting had been "party neutral", it would have been 10-3 Republican or better. We just don't know.

The gerrymanderers can't really create voters - all they can do is draw lines that give them the best benefit. Probably 7-6 was the maximum possible that they could get with the existing NC voters. I know that a lot of dead people vote democrat, but it's hard to calculate their impact when drawing legislative boundaries.

If that was the best they could do, then they weren't very good gerrymanderers (is that a word?) were they? Oh, and by the way, where's YOUR proof that dead people vote for Democrats?

What Moose fails to comprehend is that the state of NC is largely conservative. Despite the fact that there are more registered Dems than Repubs, the actual votes tend to swing Republican in National elections. (2008 an exception).

When reapportioning congressional districts, it is entirely likely that a fair, balanced and appropriate apportionment would have resulted in a 9-4 or a 10-3 split. By maneuvering (gerrymandering) to benefit themselves, the Dems pushed it to a 7-6 split. It doesn't mean that they weren't very good at it. All it means is that the best possible outcome for the dems was 7-6.

Now that the Repubs are drawing the boundaries, they max out at 10-3. Of course I COULD argue that, if they were good at it, the outcome would be 13-0. That would apparently fit Moose's theory that the gerrymanderers have free rein as opposed to just allocating the existing voter base in the way most advantageous to themselves.

I don't "fail to comprehend" anything. I am well aware of the history of voting in NC, and I'm also aware that there are 700,000 more registered Democrats in NC than there are Republicans. However, to say that NC should be a 10 - 3 Republican state is a load of hogwash. 10 out of 13 is almost 77%, and this state has NEVER voted at that high a percentage for Republicans in the last 10 years - I looked it up on the House statistics site. A 9 - 4 split puts it at 69% Republican, and that has never happened either. It's usually along the lines of 55% - 45% or something like that. That percentage translates into a 7 - 6 Republican advantage, which I could live with. However, Republican legislators apparently would never be happy with that!