Moe Davis Bows Out in NC11 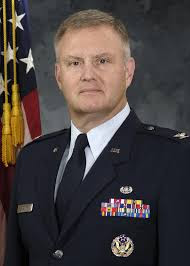 When former Guantanamo prosecutor Col. Moe Davis entered the 2020 congressional race in North Carolina's 11th District, I enthusiastically followed his candidacy because I naively believed that the Blue Wave of 2018 could have a repeat in 2020. (How can you stay political without being stupidly optimistic?) After Davis won the March 2020 Democratic primary, I wrote this about him:

...I'm looking ... to CD11 for my 2020 excitement, even though Cook still considers it "Solid Republican" even with all of Asheville restored to the district after being previously gerrymandered out. I'm looking that way because of the Democrat who won Tuesday's primary against four rival candidates, Moe Davis, who doubled the votes of his nearest second-place contender.

He's a "risk" candidate at a time when too many Democrats want "safe." ...

Davis ran a combative (some liberals thought too combative) campaign against Cawthorn, highlighting the post-teenager's moral and ethical black holes. Full disclosure: I contributed more than once to Davis's campaign. He lost by 12 points anyway, and now the 11th CD of North Carolina has both the youngest and the rottenest member of Congress representing them in Washington.

I've followed Davis's Twitter feed since the election, and he sure looked like he was determined to make another run at Cawthorn. Plus he had filed paper showing intent to run with the Federal Elections Commission, but he now says that was just a formality to keep his options open. In a new interview he gave to Raw Story, Davis now says he's out because he doesn't think the district can be won by a Democrat unless and until things change, including financial and tactical support from the national Party (not to forget a redrawing of district lines to make it less conservative -- a forlorn hope).

Davis's assessment about the future winnability of CD 11 pretty well matches up with the Cook Political Report's ranking: "The hardcore that drank the Trump Kool Aid, there's nothing I can do to change their minds," Davis said in a telephone interview. "They didn't care, or I think a lot of folks that would be supporters of him, they're not reading the New York Times or watching CNN."

Davis adds another factor to his decision, a genuine threat of violence:

Davis said his social media manager recently quit because he was tired of having to wade through death threats, and Davis basically feels the same way.

"I'm not going to risk getting myself killed if there's no realistic shot at winning," he said. "If nothing changes, it's still impossible to win here."

He said he could support the candidacy of Buncombe County Commissioner Jasmine Beach-Ferrara, who announced earlier this week, but he suggested that having a big name in Asheville could actually hurt a Democrat's chances of winning the rest of the district -- which sounds about right.

I think it's more likely that Madison Cawthorn will be taken out next spring in a Republican primary, at which point the punk can go on to his reward as an on-air personality for right-wing media. They like blonds who can parrot.