A New Democratic Candidate Announces for US Senate in 2022 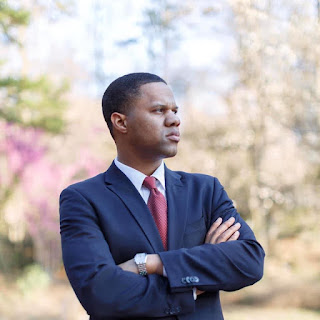 Richard L. Watkins, who earned his Ph.D. at Chapel Hill in microbiology and immunology with a specialty in virology, has announced his intention to run for the US Senate seat currently held by Richard Burr. No one saw this coming. A freaking genuine scientist running for US Senate from North Carolina!

He touts his role as founder and CEO of The Science Policy Action Network. I've been on that website and clicked a lot of buttons, but I still don't know what they do. The language is all abstraction --"Exploration, Understanding, Knowledge" -- without specifics, though the bios of the staff and board of directors are quite fulsome about their scientific credentials.

I'm most curious about his previous run for office. In 2018, he challenged Democratic Congressman David Price in the primary for the 4th CD. Watkins took 6.48% of the vote. Why? Why would he challenge the most venerable Democrat among North Carolina office-holders? Was he unhappy with Price's service? I can't find any of his campaign literature from 2018, so his candidacy at that time and against that incumbent just seems ... quixotic.

All of which suggests that this may be a "wild hair campaign," when an otherwise attractive and qualified young person leapt before they looked.