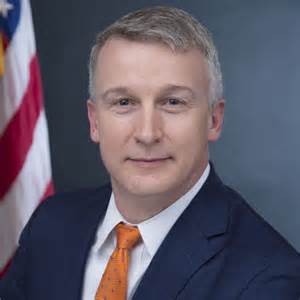 [Source: AP]
Rick Bright, former director of the Biomedical Advanced Research and Development Authority (BARDA), said in a statement that he was summarily removed from his job on Tuesday and reassigned to a lesser role. His lawyers, Debra Katz and Lisa Banks, called it “retaliation plain and simple.”

Controversy has swirled around the malaria drug hydroxychloroquine since Trump started promoting it from the podium in the White House briefing room.

BARDA is a unit of the Department of Health and Human Services created to counter threats from bioterrorism and infectious diseases. It has recently been trying to jump-start work on a vaccine for the coronavirus.

“I am speaking out because to combat this deadly virus, science — not politics or cronyism — has to lead the way,” Bright, who has a doctoral degree in immunology, said in his statement, which was released by his lawyers.

“Specifically, and contrary to misguided directives, I limited the broad use of chloroquine and hydroxychloroquine, promoted by the administration as a panacea, but which clearly lack scientific merit,” Bright said.

“I also resisted efforts to fund potentially dangerous drugs promoted by those with political connections,” he added.

Asked about Bright at yesterday's virus briefing and sideshow, Trump said he “never heard of him.”

Bright and his lawyers are requesting investigations by the HHS inspector general and by the Office of Special Counsel, an independent agency that has as part of its charge the protection of government whistleblowers.

Posted by J.W. Williamson at 4/23/2020 07:14:00 AM
Email ThisBlogThis!Share to TwitterShare to FacebookShare to Pinterest
Labels: Rick Bright

Bright's replacement is a breeder of Labra-Doodles, not a doctor. No joke.