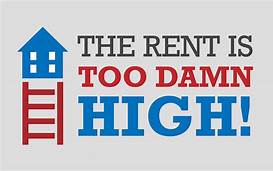 An AppState student named Dalton George took his concerns about "predatory" apartment rental application fees in Boone to the Town Council member Sam Furgiuele. George had compiled a list of seven grievances against high-volume rental companies which he thought were targeting college-age renters. His list of seven complaints eventually found their way into a resolution which Furgiuele presented for action to the Boone Town Council on April 21st. It passed unanimously. The resolution presented seven grievances:


WHEREAS, the Boone Town Council has been advised of a number of practices that it believes are predatory or unfair, but for which it lacks apparent authority to regulate, including but not limited to the following:

That landlords are charging as much as $800 per apartment in non- refundable fees, purportedly to pursue credit checks on prospective tenants and their parents, but may not actually be paying such high amounts for credit checks or in some cases checking credit with these funds at all;

That certain landlords do not publish or disclose either their actual rental charges and/or the additional application, credit check and other non- refundable fees they impose until the tenant is in the process of applying for housing, neither advising the tenant in advance of such fees so that fair comparison shopping can take place, nor allowing the tenant a way to determine if the amounts quoted are customary for the landlord or unique with respect to that particular applicant, thus leaving open questions regarding possible discrimination against potential tenants to whom the landlord might not wish to lease;

That it has become a practice in some multi-family complexes to impose a series of fines on tenants which are not disclosed or directly included in the leases, but at most incorporated by reference, the lease providing that the tenant agrees to abide by “rules and regulations promulgated by the management” which themselves are freely altered and impose exorbitant fines for such things as placing a pumpkin outside the tenant’s door at Halloween;

That some landlords have made it a practice to rent by the bedroom, but require each tenant to guarantee full payment of the monthly rent for an entire four-bedroom apartment, even though the tenant may not have any prior relationship or knowledge about the other tenants, also requiring the tenant’s parents to not only guarantee the individual tenant’s share of the full apartment rent, but also the other tenants’ shares;

That there are many multi-family housing complexes in Boone which have been built in flood zones and which have been subject to devastating flooding in which the personal possessions of tenants have been destroyed, but the tenants were not properly or effectively advised of the propensity for the property to flood, nor of the landlord’s refusal to take responsibility for damages caused to the tenant’s property by flooding until after the loss;

That some landlords are regularly deducting amounts from security deposits that represent charges for normal wear and tear; and

That many landlords are using leases which are so complex that no person untrained in the law is capable of deciphering their many predatory and one-sided provisions....

The resolution requests that Attorney General Josh Stein "investigate and take action to stop unfair and deceptive rental housing practices in the Town of Boone" and further appeals to Rep. Ray Russell and state Senator Deanna Ballard to "initiate amendments to the North Carolina Residential Rental Agreements Act and the North Carolina Tenant Security Deposit Act to prohibit or establish appropriate parameters and prohibitions addressing the aforesaid practices." Because there is no home rule in North Carolina, the Town Council can't take its own action to regulate unfair practices. It'll take action in Raleigh to fix the problems (and until we have another election, how likely is that?).

The passing of this resolution sparked a concurring outcry among Boone's college-age renters (and others), particularly after The Appalachian reported the news (see the comments) and most especially on the Appalachian State Classifieds Facebook page, which is one of the more active local forums. The abuse of young renters in Boone appears widespread if not entirely universal.

Posted by J.W. Williamson at 4/28/2020 09:10:00 AM
Email ThisBlogThis!Share to TwitterShare to FacebookShare to Pinterest
Labels: Dalton George, Town of Boone