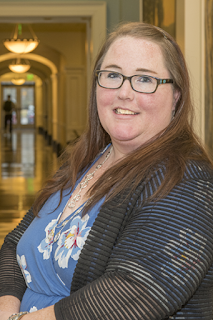 Dr. Rachel Bitecofer issued her "Post-Democratic Primary Update to the Bitecofer Model" for predicting the 2020 presidential race, and she forecasts 289 electoral college votes for the Democratic candidate this November. It takes 270 to win.

Bitecofer, aside from telling Democrats what they want to hear in these dark Trump times, always offers details and insights worth munching on in our social isolation. Like this:

If Trump had political capital to spend heading into this [Coronavirus] crisis, that would be one thing. But after the Russia investigation was followed in short order by the Ukraine scandal, Trump’s political capital tank is already on empty, with few Americans outside of Republicans capable of trusting him. Trump will be heading into the fall with the dubious distinction of being the most embattled, controversial, and scandal-plagued president to seek reelection in the history of the republic — and that was before this virus emerged to create a massive public health disaster and destroy his strongest claim for reelection: the economy.

Bitecofer is also the strongest voice out there against the old Democratic Party belief that significant numbers of "moderate" Republicans can be converted to vote Democratic. That's a subset of an assumption that some 15% of the electorate swings between the parties, a mistaken impression that Bitecofer calls "the Chuck Todd Theory of American Politics." I've written about that previously.

So Bitecofer looks skeptically at Montana Governor Steve Bullock's Senate race against incumbent Republican Senator Steve Daines. Bullock was heavily recruited to run, after his presidential aspirations petered out, but Bitecofer doesn't predict a Bullock victory, mainly because she assumes Bullock will campaign on the tattered Chuck Todd Theory -- trying to convert soft Republicans to vote for him:


Bullock will need to demonstrate dominance among independents in polling out of Big Sky Country to truly be competitive there under a high-turnout scenario, as will his ticket-mate, Joe Biden. But more importantly, they’ll need every single Democrat and left-leaning independent in the state to show up and vote. Which is a problem, because although a great many Democrats and left-leaning independents will be inspired to vote in 2020 due to Trump fear, I assume the Bullock campaign’s resources will largely be spent on conversion. And I’m just not sure it’ll work against Steve Daines, a center-right, traditional, conservative. Regular followers will know that I’m generally bearish about conversion (although sometimes it works, most recently in the Kentucky governor’s race against controversial Republican incumbent Matt Bevin, who along with a reputation for Trump-like divisiveness also curtailed the state’s Obamacare Medicaid expansion program). Conversion in the polarized era is hard, and it is difficult to find evidence of it in polling data from the past decade.

I highlight Bitecofer's skepticism about "conversion" because I find too many Democratic candidates in North Carolina still inclined to the old Chuck Todd Theory, rather than to the post-Trump necessity of energizing new and infrequent voters to get up off the couch and take back their government.