Jared Kushner, The Cherry Atop our Coronavirus Sundae 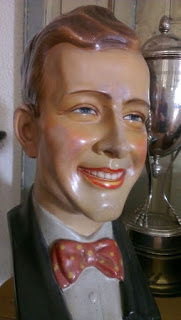 Trump's son-in-law has failed upwards so often, as a real estate developer, as a newspaper publisher, as a maker of Middle East peace, so why not become "the point of contact for many agency officials who know that he can force action and issue decisions without going to the president"? He's perfect for the job of taking on the Coronavirus, since he has zero medical expertise nor any other experience to suggest he has a clue. He's the ultimate post turtle.

His track record so far?


He promoted a nationwide screening website and a widespread network of drive-through testing sites. Neither materialized. He claimed to have helped narrow the rift between his father-in-law and General Motors in a presidential blowup over ventilator production, one administration official said, but the White House is still struggling to procure enough ventilators and other medical equipment. (Peter Baker, Maggie Haberman, et al.)

On Thursday, Kushner got pushed to the podium at the daily White House briefing as some sort of new public face of Trump administration competency in the face of a global pandemic. Kushner promptly stepped on his weenie, suggesting that the Federal stockpile of medical protective equipment belongs to the Trumps and the Kushners, not to the rest of us. For the record, and according to the U.S. Department of Health and Human Services, the role of the Strategic National Stockpile "is to supplement state and local supplies during public health emergencies” (Allyson Chiu).

Then Kushner took his father-in-law's tact in blaming the nation's governors for the crisis: The health crisis, he said, has revealed which leaders are “better managers than others.” “Some governors you speak to, or senators, and they don’t know what’s in their state,” he said, later adding, “Don’t ask us for things when you don’t know what you have in your own state. Just because you’re scared, you ask your medical professionals and they don’t know. You have to take inventory of what you have in your own state and then you have to be able to show that there’s a real need.”

Yeah, I feel so much better with Kushner in charge. And bring back the Your Pillow guy! He seemed nice.

Posted by J.W. Williamson at 4/04/2020 09:23:00 AM
Email ThisBlogThis!Share to TwitterShare to FacebookShare to Pinterest
Labels: Jared Kushner