Trump Exhaustion: There's a Cure for It 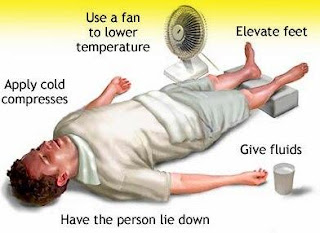 The daily tantrums. The hourly insults. The several thousand lies, fabrications, and misstatements. The muddying of crystal clear waters.

Living with Trump is like the constant itching need to tweezer out the tick before the tick gets to your bloodstream.

It's all so exhausting. Not just to us Twitterman-averse types but to his supporters too.

"Mr. Trump should worry that Americans will stop believing anything he says.” --Cal Thomas.

Isn't disbelief plain evidence of exhaustion? Or is it the cause?

Outrage maintained at high dynes for extended periods of time can lead to exhaustion. Exhaustion leads to shrugging the shoulders and rolling the eyes at the most recent outrage. The Onion can't even parody what is already the greatest living parody ever in the history of The Presidency.

"We’re exhausted. Trump has exhausted us to the point that he can rip up documents that belong to us — rip up our history and our ability to have a full accounting of what went on here — and all we can do is shrug." Elie Mystal was talking about the actual, literal Trump habit of tearing up all paper that comes across his desk, but it could be the metaphor for Trump's shredding of the emoluments clause. See, you're too exhausted to even notice any more.

Exhausting to the point of numbness. Are we becoming a Nation of Numbnuts?

Not on your life, Bucko.

Lack of energy -- exhaustion -- can also follow a lack of motivation. Got no plan. Got no energy. That's a bad hole to fall into politically, but it isn't the trap this year. 2018 is full of energy, motivation, and A Plan, and it all climaxes in a vote.

Posted by J.W. Williamson at 8/31/2018 09:33:00 AM
Email ThisBlogThis!Share to TwitterShare to FacebookShare to Pinterest
Labels: 2018 Blue Wave, Donald Trump