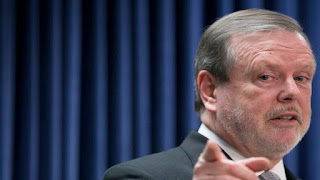 When you run a political scrum like the Republican super-majorities in the NC General Assembly, you shouldn't toss around a word like "mob" so freely.

Senate President Pro-Tem Phil Berger on the toppling of Silent Sam: "Many of the wounds of racial injustice that still exist in our state and country were created by violent mobs and I can say with certainty that violent mobs won’t heal those wounds."

A mass murder at a Charleston black church on June 17, 2015, ignited a movement to do away with displays of white power Civil War glorification on public property (most of those mass-produced, hollow-core Civil War monuments were erected in the heyday of Jim Crow). How did Phil Berger and his boys deal with that sudden outcry? By pouring salt in "those wounds of racial injustice." By rushing a law to Gov. Pat McCrory's desk (by July 23 of that same summer), to actually ban the removal of white power icons Civil War memorials from any public property unless the NC Historical Commission said it was all right. (The NC Historical Commission? More later.)

Who's fast with a mob? Phil Berger.

And perhaps he was counting on mass chaos -- police, tear gas, people shoved around, Silent Sam defaced -- all exploitable for rousing the base. He got it. By defying the young anti-racist activists at UNC-Chapel Hill and on other college campuses, Berger got an issue, and that shit's dynamite with conservatives.

(Finally, earlier this week, the students found their own way to nullify a law: a bloodless trick to get the statue down without anyone's getting hurt. And that worked. Berger naturally yelled "mob," but that's a hollow sound in this instance.)

Did I say "nullification"? Who -- suddenly, in literal minutes -- nullified his own Constitutional Amendments Publication Commission so that he and his boys could guarantee that the real truth about six proposed constitutional amendments wouldn't be apparent to the voters? Phil Berger, that's who.

What was the trigger for trash-canning the Amendments Publication Commission? Why, sudden panic that there might be a Democratic conspiracy to caption the proposed constitutional amendments accurately for the voters. One of Berger's boys (David Lewis, a big dog in the House) apparently noticed (and suddenly) that the Constitutional Amendments Publications Commission was soliciting public input about how to caption the six, and a former legislative counsel tweeted some suggested captions that seriously spilled the beans, and Berger and his boys rushed to seize back the power.

So we laughed out loud when Berger put these words on his FB page: "Democrats continue to advance absurd conspiracy theories...."

Posted by J.W. Williamson at 8/23/2018 11:06:00 AM
Email ThisBlogThis!Share to TwitterShare to FacebookShare to Pinterest
Labels: Phil Berger