The whole world appears to be watching now -- the Berger/Moore North Carolina General Assembly (NCGA) once again in national news for unconstitutionally cementing its grip on power via gerrymandering the living hell out of their ideological opponents.

The three-judge panel of Federal judges not only threw out the most recent NCGA redistricting of US House seats. They also said that the Republican scissoring of the state may necessitate another redistricting -- this time by a "special master" who isn't accepting back scratches from anybody -- and maybe even prior to November's scheduled election.

The Background
These are the same three Federal judges who heard this case (brought by Common Cause and the League of Women Voters) back in 2017. They issued their unanimous decision on January 9 of this year: That North Carolina’s 2016 redistricting plan (drawn in response to having their first redistricting map thrown out as an unconstitutional racial gerrymander) now relied too heavily on partisan affiliation in drawing constituencies, violating citizens’ rights under the 14th Amendment’s Equal Protection Clause, the First Amendment, and Article I of the Constitution.

The first time a federal court had ever struck down a redistricting plan as a partisan gerrymander.

Well, the Supreme Court came to the rescue. By January 19 -- ten days later -- the High Court stayed the three-judge panel's order that new maps be drawn forthwith and sent the case back to the three, to reconsider, using the Supremes own very recently written guidelines for who has legal standing in gerrymandering cases. (Without the right to sue -- "standing" -- you're not going anywhere, O my brethren.)

It took over 300 pages of evidence and legal reasoning for the three to say, well, yes, these plaintiffs have standing because they can demonstrate direct harm, and as a matter of fact there is unconstitutional partisan gerrymandering going on in North Carolina, and it's even more pernicious than we thought. Therefore, the NCGA -- no, better, a special master -- needs to redraw those maps, and they may need to do it before this November. But here's our out: we'll give both sides until August 31st to present arguments on whether the court should allow the existing map to be used one more time. (Everyone breathes a sigh of relief. Not using the current maps for this November would probably necessitate turning November 6th into a primary for the 13 US Congressional seats, and move the final election for those seats to January of 2019, just before the convening of the new Congress. The judges even suggested that the state could forego congressional primaries altogether, as the NCGA had shown a willingness to eliminate primaries in other partisan races, namely judgeships.) [judges' mike drop] 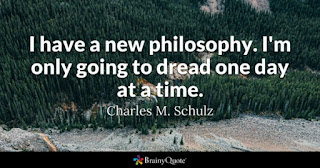 The Supreme Court will never let them do it, stop the November election for congresspersons over partisan gerrymandering. The court has never ruled a partisan gerrymander unconstitutional. It blatantly passed up three separate opportunities to do so in its last term (Michael Wines and Richard Fausset). That was with Anthony Kennedy still on the Court.

With Kennedy retired, deadlock could happen, between four justices who have argued that the Court has the ability to judge partisan maps for their infringement on constitutional rights, and four conservatives who've never seen a partisan gerrymander they couldn't wink at. If they deadlocked 4-4, then my understanding is that the three-judge panel would have the magic wand to do its worst.

Some (many? all?) of the current Democratic candidates for US House seats will be relieved when the Supreme Court slaps a stay on this decision, or the three-judge panel stays its own ruling and keeps the old gerrymandered maps for one more time. The only thing worse than dread is dread from multiple directions.