Democrat Toby Hampson is running for an open seat on the NC Court of Appeals. Judge Ann Calabria (R) is not running for reelection. 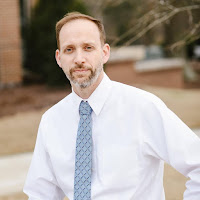 Hampson is a Moore County boy who was plucked out for advanced studies during high school at the North Carolina School of Science and Math in Durham in 1994. He went on to earn his law degree in 2002 from Campbell University with multiple honors including a seat on the Law Review. He began his career at the North Carolina Court of Appeals clerking for judges K. Edward Greene, Wanda Bryant, and Bob C. Hunter. He then practiced with Patterson Dilthey in Raleigh focusing on trial and appellate litigation before joining Wyrick, Robbins, Yates & Ponton in Raleigh in 2007, where he now leads the firm’s Appellate Practice group as a full partner.

He's married to another lawyer, Kristin, and they have three little girls.

The two Republicans in this race are Sandra Ray and Jefferson Griffin. Sandra Ray is a single mother of three, a district court judge in New Hanover and Pender counties, and she's not endorsed by the NCGOP -- which anointed the other Republican, Jefferson Griffin, for the seat. Griffin is a Wake County District Court judge. Neither he nor Sandra Ray have qualifications anywhere near Toby Hampson's.