Democrats Have (Almost) Every Reason to Rejoice About Last Night


The special election in the Ohio 12th Congressional District hasn't been called yet. Republican Troy Balderson is 1,754 votes ahead of Democrat Danny O'Connor, but there are still "possibly as many as 8,483 additional ballots" yet to be counted, provisional ballots and mail-in ballots from overseas. So it ain't over, and O'Connor hasn't conceded.

Even if O'Connor still loses, it's a win, O my brethren, more evidence of the blue wave building, because the Ohio 12th was gerrymandered to be a solid, deep-red Republican district. 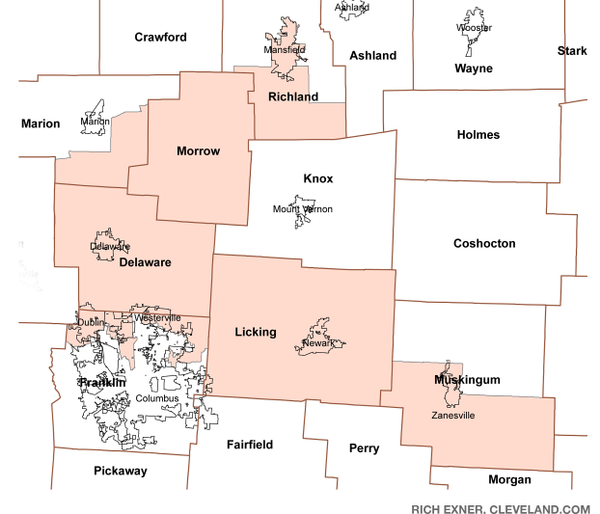 The big city of Columbus occupies most of Franklin County, but the district was drawn to take in none of its urban core but only the (formerly) safe Republican suburbs, which are precisely the precincts that made O'Connor so competitive. The rest of the district is mainly rural Twitterman country, and we'll find out soon enough that Republican performance in those counties was way down from 2016.

Despite what ultimately happens here, both O'Connor and Balderson will have a rematch this November. You can certainly expect Corporal Bonespurs to make a return rally engagement, since he likes getting his ego greased.

Shortly before midnight last night, Mike DeBonis published this duh observation: "Democrats are routinely beating their 2016 performance by double digits — putting the House and perhaps even the Senate within their grasp in November." I repeat: duh.