What Are Bill Aceto and Nathan Miller's Chances of Stopping Early Voting in the ASU Student Union?

As you should know, Stella Anderson won her suit in Wake Superior Court on Wednesday: Judge Graham Shirley II ordered an Early Voting polling site on the ASU campus beginning on October 26 and running every weekday through November 3, 10 a.m. to 5 p.m., thus overriding the intransigence of Board of Elections Republican Chair Bill Aceto.

Bill Aceto was able to "intervene" in the case on Wednesday via lawyer (and Watauga Republican Party Vice Chair) Nathan Miller, and according to the Watauga Democrat, Nathan Miller has declared that they will be appealing Judge Shirley's order to the NC Court of Appeals

How likely is Nathan Miller to impress the higher court panel of three, considering that Judge Shirley was not at all impressed by the coherence of his argument on Wednesday?

The Odds of Aceto&Miller Prevailing on Appeal

1. Aceto via his attorney Miller was granted "permissive intervention" last Wednesday at the discretion of the judge rather than "intervention as of right," which means that Aceto has no legally protectable interest in the case. (Aceto asked to intervene as an individual and not under color of representing the majority on the Watauga Board of Elections.) 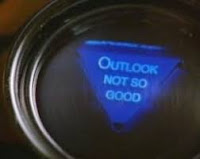 2. On appeal, Aceto can ask the NC Court of Appeals for a stay of Judge Shirley's order.

3. The State of North Carolina, which is actually the defendant in Stella Anderson's case, has opted not to appeal. (Josh Lawson, chief counsel for the State Board of Elections, has said that he's happy with the judge's Order.) Without an appeal from the state, it will be much harder for Aceto to win because, although intervenors have all the rights of the parties, the Court of Appeals will understand that he is a permissive intervenor. Under those circumstances, lawyer Miller's argument to the Court panel will likely be even less coherent than it was last Wednesday before Judge Shirley. Miller will not have the State's argument to piggyback on.

4. The Town of Boone's request and funding responsibility should tip the scale here in favor of Judge Shirley's Order. Plus, a stay would upend the desire of the majority of the Watauga Board, since Republican member Nancy Owen voted with Stella Anderson for her Early Voting plan which included the ASU Student Union.