Facebook Has Turned Us All Into Lab Rats Chasing Russian Cheese 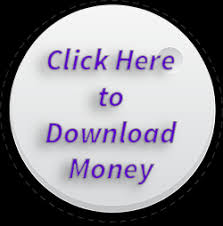 In our marrow we've known that Russian agents were manipulating certain susceptible voters last fall, pushing them away from Hillary and toward Trump. It's all beginning to come out, as will any evidence that Trump operatives were helping them:

Russian operatives set up an array of misleading Web sites and social media pages to identify American voters susceptible to propaganda, then used a powerful Facebook tool to repeatedly send them messages designed to influence their political behavior, say people familiar with the investigation into foreign meddling in the U.S. election.

The tactic resembles what American businesses and political campaigns have been doing in recent years to deliver messages to potentially interested people online. The Russians exploited this system by creating English-language sites and Facebook pages that closely mimicked those created by U.S. political activists.

The Web sites and Facebook pages displayed ads or other messages focused on such hot-button issues as illegal immigration, African American political activism and the rising prominence of Muslims in the United States. The Russian operatives then used a Facebook “retargeting” tool, called Custom Audiences, to send specific ads and messages to voters who had visited those sites....

People caught up in this web of tracking and disinformation would have had no indication that they had been singled out or that the ads came from Russians....

There's much more in this report by Elizabeth Dwoskin, Craig Timberg and Adam Entous.

Zuckerberg's minions at Facebook created this marvelous machine that has swept up billions of people into Candyland and then devised tools for targeting those billions individually for various sales pitches, and Facebook says it had absolutely no idea it had been penetrated and compromised by Russian agents.

And, of course, your aunt in Birmingham, who loved to share pictures of Hillary behind bars, had no idea she was a lab rat chasing Russian cheese.

Posted by J.W. Williamson at 10/03/2017 08:01:00 AM
Email ThisBlogThis!Share to TwitterShare to FacebookShare to Pinterest
Labels: Donald Trump, Russian influence

Still can't get over Hillary losing because she was a bad candidate?

Blame the Russians if you want, if it will help you sleep at night.

But you picked the wrong candidate.