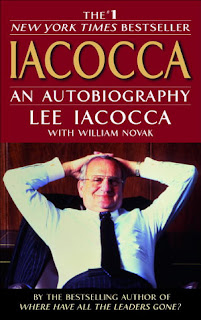 In 1986, President Ronald Reagan was in the Oval Office, and his right-hand hitman, Don Regan, engineered the ouster of Lee Iacocca from an important advisory board. It was no secret that Regan hated Iacocca, who as head of the Chrysler Corp. had bulldozed a bailout for himself through Congress that Regan resented.

On February 19, 1986, Regan gave an interview on camera about his dust-up with Iacocca. Solemnly he announced, "I do not hate Lee Iacocca's guts," which instantly became in our household the favorite line when comic denial was needed. "We do not hate AARP's guts!" "We do not hate Blue Cross's guts!"

I am reminded of that Great Moment in Political Comedy when I saw yesterday Secretary of State Rex Tillerson's official spokeswoman rush back into a room full of reporters to blurt out that Rex Tillerson did not call President Trump a moron.

A quartet of on-the-ground White House reporters for NBC News had been the first to report that Tillerson has come close to divorcing himself from Trump more than once. There had been obvious and widely acknowledged friction between Tillerson and Trump from the beginning. But in July, while Tillerson was at his son's wedding in Texas, Trump delivered that politicized and leering speech to the Boy Scouts of America. Tillerson was disgusted on top of fed up. He told more than one person that he would not be returning to Washington. He would resign his position.

And he might have, if not for "the generals," Mattis and Kelly. According to NBC News, Mattis and Kelly talked Tillerson out of resigning more than once. They see Tillerson as a vital ally in keeping the country from descending into total chaos. 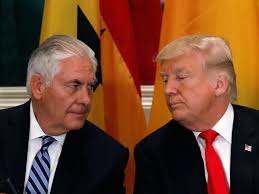 The Boy Scout speech was just the last straw on a big haystack. Baker, Haberman, and Thrush at the NYTimes talked to people close to Tillerson. The story everyone tells is that Tillerson "regularly expressed astonishment at how little Mr. Trump understands the basics of foreign policy." "Aides and Trump associates who have been in the room with them said Mr. Tillerson’s body language, eye rolling and terse expressions left little doubt that he disapproves of Mr. Trump’s approach."


Mr. Trump, they said, has noticed how Mr. Tillerson slouches in his presence, particularly when he disagrees with a decision. When overruled, Mr. Tillerson often says, “It’s your deal,” to the president’s irritation, according to two former administration officials.

It's your deal. The Exxon brush-off. He may as well have added, "...you moron!" According to eye witnesses, Tillerson did refer to Trump as a moron out loud and in front of people at a Pentagon meeting.

If Trump is a threat to national stability and our general safety, he's also a daily gold mine for stand-up comics.