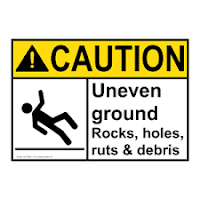 Politico has published an article titled "Angry GOP donors close their wallets," with the bold-faced kicker, " 'I’m sick and tired of nothing happening,' one contributor says of the party's legislative failures."

The article ropes in Sen. Thom Tillis, who oversees fundraising for the National Republican Senatorial Committee. Tillis told his colleagues at a recent conference meeting that donations had "fallen off a cliff after the Obamacare flop." The committee’s haul plummeted to just $2 million in July and August, less than half of what it raised in June.

Posted by J.W. Williamson at 10/05/2017 10:53:00 AM
Email ThisBlogThis!Share to TwitterShare to FacebookShare to Pinterest
Labels: National Republican Party, Thom Tillis

Republicans shouldn't receive a dime until they:

Until then, let the money grubbers starve.

You sir are a dotard!

Borrowing words from Kim Jong Un will cost you 10 points.

Um, Wolf - I think "reducing government spending" and "building a wall" that will cost billions of dollars are mutually exclusive events.

Wrong. It just requires the requisite cuts in other spending.

Say, end the war in Afghanistan.

I agree with Wolf! I have campaigned for and contributed to Repbulicans in every election since '96 but NO MORE! Tillis ran as a Republican but wants to govern as a Democrat. More interested in Amnesty than in representing the interests of the people who elected him. McCain is pissed because Trump hurt his feelings so sabotaged the platform and voted in favor of continuing Obama care.

Repub candidates are in trouble in 2018 - They are losing the conservatives. Maybe some of the lefty liberals will come to their aid! I will vote for new blood in the primaries and will not donate a penny to anyone running for anything higher than 5th District congressman !