We Double-Dog Dare You 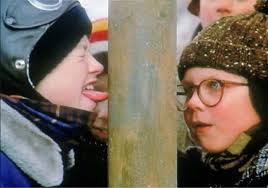 “Lindsey Graham knows better. Deep in his heart, he must know that Donald Trump is fundamentally unfit to be president, and he has to pretend that Trump is. And when you engage in a game like that, there’s often a cost to it.”

You may not have noticed that the tart-tongued Senator Graham of South Carolina, who actually ran against Trump in the primary of 2016, has decided to transform himself into "the Trump whisperer" (according to the NYTimes). Graham says he hears from Trump regularly on his cell phone.

And Graham is pretty up-front about his motives: “He’s very popular in my state. When I help him, it helps me back home. And I think it probably helps him to be able to do business with an old rival who’s seen as a deal maker .... I’m going to try to stay in a position where I can have input to the president. I can help him where I can, and he will call me up and pick my brain. Now, if you’re a United States senator, that’s a good place to find yourself.”

Until it isn't a good place, until it turns into a scorching vast tundra of recriminations, insults, and Twitter tantrums.

Posted by J.W. Williamson at 10/27/2017 07:42:00 AM
Email ThisBlogThis!Share to TwitterShare to FacebookShare to Pinterest
Labels: Donald Trump, Lindsey Graham