Obviously, Trump has something much to hide, and obviously, the key to unlock those secrets lies in his "finances," and obviously, Robert Mueller is on the trail and may already have those savagely guarded tax returns.

Which is why Trump must and will find a way to fire Robert Mueller. What comes after that induces both fear and loathing.

Which brings us to the new White House personality hired to "message" all that is about to happen, Anthony Scaramucci, the new communications director minister of propaganda. He popped up yesterday and held a slick 30 minute Q&A with the White House press, blew them all a kiss when he exited, and tried his Long Islander best to charm the bloomers off every living soul in that room. He's Leonardo DiCaprio's younger, less dissipated brother in "The Wolf of Wall Street."

What particular reality does Scaramucci inhabit? "...Scaramucci ... suggested his role would be to unshackle an already unfettered president," wrote Glenn Thrush and Maggie Haberman. Because Trump has been so repressed lately? No, because you're only as popular as your last public appearance, and a good publicist knows what excites the masses.

The name Scaramucci sounds familiar because in European circuses there's often a clown named "Scaramouche," a name which is a corruption of the Italian Scaramuccia, a stock character in knock-about comedy routines. Scaramuccia is a pompous clown and always gets his comeuppance, usually administered by a rival clown, the clever Harlequin. Scaramouch must suffer the indignity of licks from a "slapstick" and hence "slapstick comedy."

So Anthony "The Mooch" Scaramucci becomes Scaramouch the White House pompadour, who will know it all and will tell a version of the truth most pleasing to the man who hired him.

But who plays Harlequin with the slapstick in this improvisational comedy? Why, the media -- I mean the fake news -- which must beat Scaramouch about the head for his idiocy. Trump thinks he's already taken care of the press, discrediting it totally with his enthusiastic base. That his base isn't in fact the majority of Americans will be ultimately the only thing to save us from Pantaloon.

Oh, who's Pantaloon? He's another one of those stock characters from European comic theater/clowning. According to the Encyclopedia Brittanica, Pantaloon is "a cunning and rapacious yet often deceived ... merchant." My! That pretty much fits the head that wears the clown in the White House. 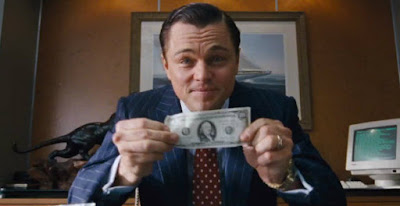 Posted by J.W. Williamson at 7/22/2017 09:29:00 AM
Email ThisBlogThis!Share to TwitterShare to FacebookShare to Pinterest
Labels: Anthony Scaramucci, Donald Trump

And we leave this scene, happily humming "Bohemian Rhapsody" by Queen.