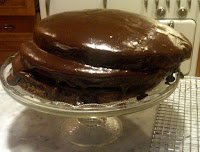 Prince Jared testifies today before the Senate Intelligence Committee and tomorrow before the House Intelligence Committee, both testimonies closed to the public and the press, which suggests that Jared's actually a chocolate soldier and might melt under too much light. We hear he'll not be asked to testify under an oath of truthfulness, which suggests another whole raft of problems with this appendage of a president who makes shit up constantly.

The U.S. Code section 1621 covers lying to Congress under oath, with penalties of up to five years in jail. But another statute, section 1001 of Title 18, requires no oath-taking for a charge of perjury: "Whoever, in any matter within the jurisdiction of the executive, legislative, or judicial branch of the government of the United States, knowingly and willfully falsifies or conceals information, including before a congressional committee's inquiry, may also be fined or imprisoned up to five years."

So it shouldn't matter today if Jared doesn't raise his right hand and promise to tell the truth. Lies will bite him in the butt anyway, eventually.

So what's he going to testify to? According to an 11-page document he released this morning, he never "colluded" (and I trust that someone will ask him how he defines that word), and "I have not relied on Russian funds to finance my business activities in the private sector.” That second claim begs the question: Did you try to rely on Russian funds, and what did trying entail?

Jared says he also wasn't trying to set up a secret back channel with Russia. The Russian ambassador certainly thought that was exactly what he was trying to do.

Russian Ambassador Kislyak subsequently requested that Jared meet with Sergey Gorkov, a Kremlin-linked banker with “a direct line to the Russian President." Jared claims he took the meeting out of courtesy and did not discuss American sanctions against the bank that Gorkov represents. That testimony also doesn't comport with reported facts.

Williamson, what you totally missed in Jared's written testimony is the surgical way he separated himself from Trump Junior's meeting with the Russian lawyer and the Russian lobbyist with the KGB background: "I was late getting to that meeting, and I left early. Have no idea what it was about."

While J.W. hardly needs defending, he was focusing on a different theme than the one you say he "totally missed." Anonymous 9:18 calls attention to the main story on all newspaper front pages and leading off most cable news shows. The WaPo says JK threw Donald Jr. under the bus. Why would J.W. waste space on the obvious lede.