Butch and Sundance Take a Powder 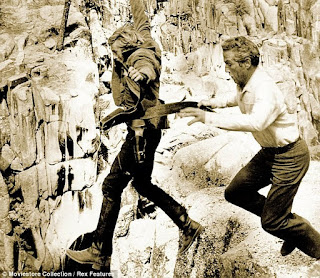 Republican senators Jerry Moran (Kansas) and Mike Lee (Utah) held hands last night and jumped together, announcing they wouldn't support the Republican health insurance bill, thus killing the thing doornail-dead. They made their announcements in tandem, according to Thomas Kaplan, so that neither one of them could be fingered as "the definitive vote" that killed the Obamacare repeal and replace initiative.

Now Senator Majority Leader Mitch McConnell says he'll call for a vote on repealing without a replacement either in mind or in place, which sounds like a super-duper, double-scoop of wonderful to us. Go for it, Mitch! Let's watch that play out.

Plan C, repealing Obamacare without a replacement, was dead before noon today. Collins, Capito, and Murkowski all came out against it.

They shouldn't do anything, just let it explode in the democrats faces.