A Platform Democrats Can Run On in 2018 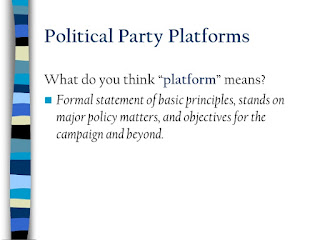 1. Crack Down on the Abuse of Economic and Political Power

"The extensive concentration of power in the hands of a few corporations hurts wages, undermines job growth, and threatens to squeeze out small businesses, suppliers, and new, innovative competitors."

2. Crack Down on Higher Prices for Practically Everything
"Over the last thirty years, courts and permissive regulators have allowed large companies to get larger, resulting in higher prices and limited consumer choice in daily expenses such as travel, cable, and food and beverages. And because concentrated market power leads to concentrated political power, these companies deploy armies of lobbyists to increase their stranglehold on Washington."

3. Limit Large Mergers that Unfairly Consolidate Corporate Power
"Currently, it is too easy for companies to unfairly harm competition by merging, and unfairly squeezing competitors, workers, customers, and suppliers."


The concentration of economic power has caused higher prices, lower pay, the squeezing out of competition, and increasing inequality. Look what's happened since the corporate tail started wagging the government dog: 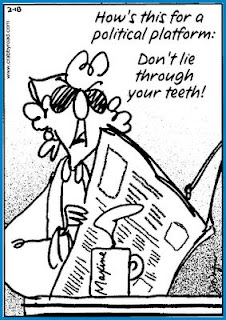 Airlines: Despite a rapid decline in the cost of fuel, ticket prices continue to rise while the quality of service declines.

Cable/Telecom: Access to cable and internet services is critical for American consumers, workers, and small businesses to communicate and compete in today’s economy. Yet today, the market for those services is so concentrated that consumers rarely have any meaningful choice of provider, and prices are high enough to be prohibitive for many. In over 50 million households, Americans have no choice at all for internet provider; they are forced to pay the exorbitant price their single carrier requires, if they get service at all.

Beer: As of 2016, five breweries controlled over 50 percent of global beer production compared to ten companies in 2004. Although there is a burgeoning craft brewery industry, these small businesses are under threat from large legacy brewers that are acquiring their craft competitors or trying to block craft brewers’ access to the marketplace. That is especially true in North Carolina.

Food Prices Generally: You get your food from farmers. Farmers grow your food from seeds. The consolidation of six agricultural giants is set to threaten the safety of food and agriculture in America. The merger of Dow with DuPont, Monsanto with Bayer AG, and Syngenta with ChemChina, will result in the control of more than 61 percent of commercial seed sales and 80 percent of the U.S. corn seed market. These mergers take place as countless farmers in rural America struggle to adapt to a declining farm economy. This corporate takeover of the farm industry will not only hurt small-town, family operated farms, who will have to pay more for seeds, but it will also raise food prices – vastly limiting consumer choice.

Eyeglasses: The current average price of eyeglasses is now at $400. With more than 200 million Americans affected by vision loss, eyeglass affordability has become a critical consumer issue that affects the entire nation. Eyeglasses are a necessity for many Americans, but due to consolidation and concentration in the supply chain, they are increasingly difficult to afford.

We the voters can do something about this lopsided abuse of power. We can. We must.

Posted by J.W. Williamson at 7/25/2017 08:36:00 AM
Email ThisBlogThis!Share to TwitterShare to FacebookShare to Pinterest
Labels: corporate power, Democratic Prospects

But turn a blind eye when others do it. Huh, JW ?

They've insulted, ridiculed, threatened and abused the middle class for decades. There is no middle class support for democrat thieves.