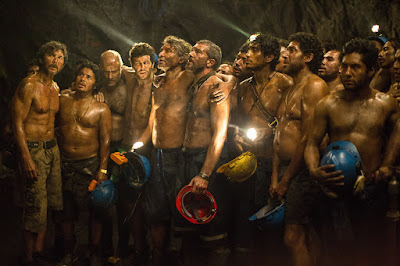 There are 33 actual working days left for the U.S. Congress before the end of the fiscal year on September 30 -- given their oh-so-cushy schedule of long weekends and the traditional August recess. 33 days to get done what they can subsequently brag about: throwing millions off the health care safety net, manipulating reforming the tax code to give suffering millionaires some additional relief, and -- oh, yeah! -- lifting the debt ceiling.


The Republican Party is under intense pressure to achieve something of consequence in that limited time in order to legitimately claim that the first year of the Trump administration has been a success. So far, the ambitious agenda has stagnated without a signature achievement. President Trump’s unpredictability has only made matters more complicated. (Alan Rappeport)

But since Republicans control everything, from the Senate cloakroom to the White House water closet, they can and will do whatever they want, right?

Understatement of the day: "So far consensus has been elusive."

But can't the Great Deal Maker in the White House rally them together and git er done? Well, not so much. The "art of the deal" has become "the tweet of distraction," and the man never understands what anybody is even talking about.

Posted by J.W. Williamson at 7/06/2017 08:36:00 AM
Email ThisBlogThis!Share to TwitterShare to FacebookShare to Pinterest
Labels: Donald Trump