Is Trump a Bobble-Head? 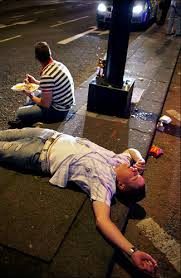 On Friday, Trump tweeted that the Senate should suspend its uphill climb to pass a health-care bill and instead just vote to repeal the ACA without a replacement already lined up.

The Hill didn't see that one coming.

Trump had already rejected "repeal first, have a bright idea later" on January 10, ten days before his inauguration. He said repeal/replace had to happen simultaneously. Maggie Hagerman and Robert Pear: "His remarks put Republicans in the nearly impossible position of having only weeks to replace a health law that took nearly two years to pass." Trump upped the ante the next day in a news conference: repeal/replace needed to happen "simultaneously." “We will be filing a plan,” the president said. “It will essentially be simultaneously.”

But that position evaporated like sweat on a very still body.

Meanwhile, Speaker of the House Paul Ryan, working independently from Trump, "wanted to bring a measure to the floor in February or March that would erase big parts of the law -- but delay it for another two or three years, giving Republicans time to come up with a separate replacement" (Paige Winfield Cunningham).

Zig. Five days before his inauguration, he was still promising health insurance for everybody.

Zag. A few weeks later he was celebrating with House Republicans in the Rose Garden, who-rawing about throwing 20+ million people off their insurance. Take that, Obamacare!

Zig. On May 5 he buttered up the Australian prime minister about Australia's having better -- universal! -- health care, and he said it on camera, and it seemed sincere. Also on camera and during the campaign last year, Trump promised -- repeatedly -- that "every American will have coverage .... That’s just human decency” (Philip Bump).

Zag. Tomorrow: "Whatever you guys say. Just don't make me read anything."