"He Has Moved the Bar of Outrage"

Peter Baker, and the signs of the times:

No. Neither thing ever happened. 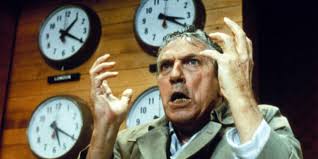 refused to release his tax returns

refused to divest from his private businesses

without proof, accused his predecessor of illegally tapping his phones

fired the F.B.I. director who was leading an investigation into certain of his associates

undercut his “beleaguered” attorney general in public, presumably so he'll resign so Trump can appoint a more compliant A.G., who'll behave like an employee

On the same day Trump called for a criminal investigation of Hillary Clinton by his Justice Department, he also asserted that he had the “complete power to pardon” his friends, relatives, and very possibly himself if necessary, to short-circuit a special counsel’s investigation into any possible collusion between his team and Russia.

This can't go on. This must not continue.