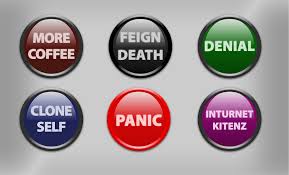 Tea Party insurgent Hasan Harnett gets elected Chair of the North Carolina Republican Party, in a big surprise upset, and about 30 minutes later the executive director of the party resigns ("the last adult in the room," according to Thomas Mills), followed closely by the interim executive director, so now word has leaked that the Republican National Committee might run its money through a county party, instead of the state party, because Hasan Harnett and his "team" don't know what they're doing.

This unlovely situation is pretty much where the NC Dems were in late 2013, when Sen. Kay Hagan abandoned the dysfunctional party apparatus and ran her state-wide campaign through the Wake County Democratic Party.

Stay calm, NC Republicans. You'll eventually recover from your tea infection, though it's going to take maybe a spoonful of comeuppance. Make that a tablespoon.