Every North Carolina Village May Now Reclaim Its Idiot

There's existing folklore that the spit of a person experiencing rage -- let's classify it as spitting rage -- can kill a cat. If that's the case, there are many dead or at least severely disabled cats all across North Carolina, anywhere citizens have been paying close attention to the behavior of our General Assembly in Raleigh.

The Honorables finally adjourned about 4:30 a.m. this morning, the longest, most rageful legislative session since 2002. Some gawd-awful bullshit failed to pass, perhaps only because the bosses were finally just too drunk on their own power to any longer give a good gawd-damn about any further stomping on cities and public schools, reversing their previous Golden Rule of "kick 'em while they're down." 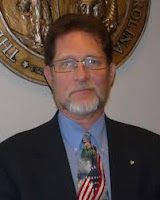 Idiot of the Week: Rep. Larry Pittman of deepest Cabarrus County, who claimed that Planned Parenthood might be giving out defective condoms so it could subsequently increase the number of profit-making abortions.

Congratulations, North Carolina! The slow strangling of your public schools continues on schedule, and your teachers are now considered employees of the worst system in the 50 states. (On the "too-exhausted-to-kick-them-any-more" side of the ledger, the NC House bottled the Senate spider that would have siphoned more money off public schools for charters but promised to unbottle it again next spring.)

Congratulations, North Carolina! Your bigoted elected officials are officially protected from The Gay by the passage of "The I'm Too Holy To Issue Marriage Licenses to Same Sex Couples Act of 2015."

Congratulations, North Carolina! Your Medicaid system is now in the hands of for-profit private companies.

Congratulations, North Carolina! Once again, you raised taxes on middle- and working-class families through increased sales taxes on services used by the non-rich. Meanwhile, the rich need more maids.

Congratulations, North Carolina! You allowed Republican leaders in the General Assembly to set up their own quasi-political parties, i.e., slush funds, that can take unlimited contributions from corporations.

Hope you're proud, North Carolina. If not, please spit away from the cats.

One Piece of Crap That Didn't Pass: Provisions suddenly inserted into a wholly unrelated Senate Bill 279 would have prevented city governments from enforcing fair housing requirements, employment protections for LGBT individuals, or ordinances increasing the local minimum wage. Rep. Skip Stam, the Black Frost from Apex who hates LGBT accommodation as much as he hates abortion, tried to run the provisions in the House but finally had to give up in the face of opposition.

Please tell me this nightmare will end

Speaking of nightmares. When is it going to end in Boone? The Boone Town Council, proclaiming itself "Progressive," supports every pro-development initiative of the business community. Water intake, high rise apartments, bright downtown lights, parking meters, breweries, removal of trees everywhere. Boone residents can't control Raleigh (although it would be nice if they opened their eyes and got rid of that dimwit, Soucek, and corporatist menace, Jordan), but they sure could start paying attention to what's going on here and start voting based upon common sense and vision, instead of labels.