Dan Soucek, Number One Wrecker of Driver's Education in NC 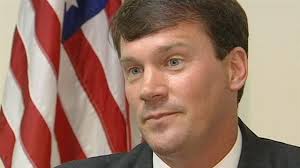 Bruce Siceloff details his meeting with Sen. Dan Soucek, who has decided to hate driver's education as much as he hates gay marriage.

According to Soucek, there's absolutely nothing to be gained by a 16-year-old's taking driver's ed in public school.

That wouldn't matter so much except Soucek has been put in a position in the NC Senate to actually kill driver's education.

Posted by J.W. Williamson at 9/08/2015 09:32:00 AM
Email ThisBlogThis!Share to TwitterShare to FacebookShare to Pinterest
Labels: Dan Soucek, public education

You would think that parents of teens, even Soucek himself, would want their kids to go through driver's ed.

Why don't people see how important education is, on every level of our society?

Our kids are being disadvantaged every day these guys are in office. Why doesn't EVERYONE storm their representative's offices in protest?

Our children need respected, engaged, well-educated teachers, who are paid fairly. Our kids need music and art classes, proven to improve understanding of mathematics. And, yes, science, and drivers's ed, too.

Our teachers need teacher assistants in the many over-stuffed classrooms. School counsellors, librarians, and administrators need to be present in our schools. Every one of them.

Legislators have no clue what our teachers and students really need; instead, put profit motive in front of our children's education.

We MUST get them out of Raleigh!

Dan Soucek needs to find a new job, stat. He's not responsive to voters - but very responsive to his puppet masters. What's so sad - his children go to school in Watauga County Schools - or perhaps his wife is homeschooling them, which explains the lengths Soucek is going to ruin NC public education.

He's certainly not a advocate for children, teachers, Watauga County, families. Just who's pulling his strings? Franklin Graham? Koch Brothers? Art Pope? Here's to hoping we pull back the curtain and expose Soucek for the puppet he really is...

A drivers license is just a pesky form of legitimate voter i.d.

Anon 5:26, I agree, I wish an investigative journalist would get in and dig on Soucek's bio so we could learn what makes him (and his family) tick. He is even less responsive to his constituents than Jordan is, and that's saying a lot!

How laughable that anyone (Brother Doc) would suggest investigative journalism here. The Watauga Democrat is nothing but a tool of the extreme Right, and a cheerleader for Soucek, Jordan, Nathan Miller, Four Eggers, et al. Until some responsible publisher reclaims that paper and establishes an independent voice, as existed under the Coffeys, not going to happen.

Well Anon 7:49 you may be right, but Soucek is an elected official in the NC GA and we are not The Lost Provinces any more, a state newspaper or regional medium could take on the investigation.

I have always found both Senator Soucek and Rep Jordan to be responsive. I don't expect them to become my pen pals, but they have answered all correspondence I have sent them. Let's me fair about our criticisms.

Oh, yeah! Liberals don't like how Sen Soucek votes. Well, then dig up some dirt on him. There must something there. Get your lackeys in the MSM to do your dirty work. You just can't tolerate someone in the legislature who doesn't share your left wing views.