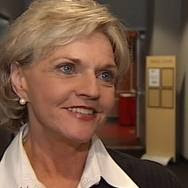 We were on the road yesterday to and from Raleigh while The Guv was stamping these new vetoes on bad bills, but we'll echo the praise today for Perdue's decision to stand up and fight back against the extreme agenda of the new Republican majority in the General Assembly.

Talking to other progressives at the protest rally in Raleigh yesterday, I heard again what we have all heard before, that Gov. Perdue has warned Democratic activists that "I won't veto everything that the Republicans pass." All of us were asking the same question: "Why the hell not?" So far those vetoes are holding. If there are any good ideas in those bills, let the majority delete the bullshit and bring back the okay stuff without the dross.

And by the way ... just wondering where the NC Democratic Party was yesterday. They weren't where anyone could see them on this voter ID law.

The Progressive Pulse has a round-up of other reactions to the two new vetoes here.
Posted by J.W. Williamson at 4/14/2011 10:53:00 AM
Email ThisBlogThis!Share to TwitterShare to FacebookShare to Pinterest
Labels: Beverly Perdue, North Carolina Republican Party

Who knew such a tiny woman could or would stand up to the Bad Boys in the legislature!

I hear the parents at Blowing Rock School were recently passing around a petition in the car-rider pick-up line against 2 of the Senate bills designed to eviscerate county public school budgets. Kim Soucek, there to pick up the Soucek kids, wasn't expected to (and didn't) sign, of course, since her husband sponsored one of the bills.

Good for Soucek and Jordan.

The education bureaucracy has had it too good for too long at the taxpayers expense.

Bev Perdue is a corrupt, evil political figure. I think it should have read, "tiny woman accepts $4000.00 donation from an hourly worker in Burke County for her campaign."

Leave a politcial figure's family,especially his children, out of a political fight.
Most of time, as in the case with the Bush twins or Obama children, people are kind and sensitive enough not to drag a family of children into the fight. Shame on you.

I'm not sayin' a word about anyone's family - simply pointing out that someone who's trying to gut the public education in this state (which served my kids well) has kids who are benefiting from it.

Pay attention. I have not and will not attack anyone's family, but I will point out the idiocy and perfidy of those in public office.

Whether Kim Soucek picks up her kids at school, signs or doesn't sign a petition, or anything else, is none of your business and has no business being dragged into a political discussion.

Complain about the candidate, or the elected official, or the legislation or the policy.

Leave people families the hell out of it!

I just read the Elon Poll. It appears that nearly sixty percent of the people of North Carolina do not like Perdue. The veto is not helping her. But it is huring the people of NC.

Education bureaucracy????? Do you realize that Soucek's SB 8 creates a whole new bureaucracy??? So much so that the "think tank" (I use think loosely) Civitas Institute's blog mentioned their displeasure in the formation of it.

Reading the Republican comments here, I finally understand why they're anti-education. They never had the chance to experience it. Seriously.

Perdue is scrambling for 2012 votes and the teachers union is one of her biggest supporters. Of course she is going to pander to them.

They never had the chance to experience it. Seriously.

Yeah, if they did they'd know that the proper way to discuss something is with snarkly little ad hominem attacks, the way you do it. Right?

A big THANK YOU to Gov. Perdue for her vetoes.

Watauga Co. voters, don't sit out this next election. Let's vote Soucek and Jordan out as quickly as possible! As far as I can tell they're in Raleigh to push their own personal social agenda, not to look out for the people of NW NC.

I don't know how Repubs define education, but I think you are confusing true education with indoctrination.

That's one of the problems with modern public 'education'.

Republicans want a dumb electorate. They prefer prisons to education. If you think education is expensive, try ignorance - that should be their motto for the education "reform" they speak of.

Olevet69, the 'indoctrination is education' ripoff is a bipartisan effort.