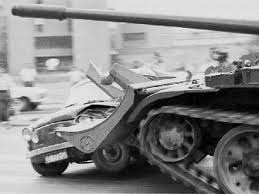 The new Republican majority in the NC General Assembly released its proposed budget cuts yesterday. Business as usual, so far as extreme conservatism is concerned ... make the kids, the poor, the sick shoulder all the burden. Laura Leslie has a couple of analytic posts up about specific cuts, here and here.

But more to the point of what's really afoot here (an extreme ideology that's still positively giddy and reckless at finally being in charge, after all these years!) is this morning's editorial, "Slash and Burn," in the Raleigh News and Observer:

Given the chance to show their mettle in that crisis, to prove they were right all these years when they criticized a Democratic majority's governing, Republicans in the state House have failed. They have failed the state and its people. They are presenting budget proposals that will eviscerate state government and the public education system in a way that would set back North Carolina to a point from which it might never recover....

In the name of closing a budget gap estimated at between $1.9 billion and $2.6 billion, House Republicans, led by Speaker Thom Tillis (although "led" is hardly the word for it), propose to cut funding for public education, environmental protection and public safety. They would do this while recklessly allowing a temporary state sales tax to expire. Under Gov. Beverly Perdue's proposed budget, three-fourths of that 1-cent tax would be kept on the books, bringing in an additional $800 million-plus to ease the pain.

Thousands of jobs will be lost with the House plan, and with them, services that most North Carolinians take for granted as part of the state's covenant with its citizens.The numbers are astonishing. But there will be human consequences....

What would be the best method to help poor students? Would it be by allowing 48% of them who enter community college be required to take remedial work before entering a track? Is allowing 32.8% of our student to drop out of school a good way to help poor students? Our system is failing the poor and creating more poor people who will never have a chance. Something must change!!

What solution does this legislature have other than cutting spending? Destroying public education isn't the answer. Vouchers and charter schools will not solve the problems either. I'm not saying that they can't be a part of the solution if we approach it smartly, but it is not so smart to cripple public education and then depend on some private enterprise to pick up the pieces.

We know how to do education right. There are many bright spots; check out those schools and school systems where students are achieving at a high level. Bring those practices to the lower performing schools...

When people attack public education, they rarely address the underlying issues that make educating children difficult: poverty; parents who don't think schooling is important; family chaos and violence; attendance problems; teacher turnover; a less than stellar record of attracting and keeping bright young people in the teaching profession (I've had friends who I think had a natural gift for working with and teaching children, said they were interested in the teaching profession, but chose another profession because they thought they would make more money or earn greater respect by doing something else); an over emphasis on high-stakes testing; and in many cases, a lack of resources. It may be too that we need to look at teacher education programs - although I am far from qualified to speak to that.

In addition, our culture in general has not fully overcome institutionalized racism or issues of class. Yet we expect schools to solve deep seated cultural problems without fully addressing the problems in the larger communities.

I digress... Look, all I'm saying is let's "not throw the baby out with the bathwater".

Luther, that's a very good post.
Jerry should repost it as a separate article!

"Yet we expect schools to solve deep seated cultural problems without fully addressing the problems in the larger communities."


I must disagree. I do not think it is the responsibility of the public education system, that is to say the government, to replace the family. If there are problems with the form and function of the family, let the government serve to strengthen the family, not weaken and replace its function in society.

In my opinion, the public education system should teach kids reading, writing, math, science, history, social studies, music, and art. Pumping extra money into the public schools to try to solve cultural problems is a waste of money, and allows teachers too much opportunity to bring their politics into the classroom.

School should be for teaching and learning, not for indoctrination.

I don't believe Luther is proposing that schools SHOULD solve those problems. I believe he's saying those problems exist, and impact the schools' ability to educate kids, and that many people apparently EXPECT schools to overcome and/or solve those problems. Since schools cannot do so, the current groupthink of our newly-elected officials appears to be to dismantle the entire system because some kids (those impacted most by the social problems Luther listed) don't test well; therefore "public schools are failing".

No one is suggesting indoctrination. I'm suggesting REAL education. And I like your list, Mike D....that would be mine, as well.

I absolutely agree that public schools should be for teaching and learning. Mike D is right on.

But, what they "should" be for isn't always consistent with what they have to deal with on a daily basis.
Should abused kids not receive counseling? Should hungry kids not be fed? It's not a perfect world - and kids are not always raised in a healthy environment.

Teach the 3 R"s. That is the only choice.