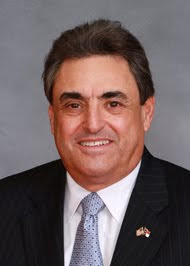 Way to observe the anniversary of the worst off-shore oil disaster in history!

Yesterday NC Senate Republicans unveiled their scheme to force Gov. Perdue into a three-state "compact" with those other towering edifices of backward thinking, Virginia and South Carolina, to drill for fossil energy off the coast of North Carolina.

Too late, apparently, did the Honorables realize that the date also happened to be the first anniversary of the Deepwater Horizon rig explosion, which led to some really lame rationalization and this piece of stunning logic. Said one of the bill's chief sponsors, Sen. Bob Rucho of Mecklenburg County, “But what we did learn from this disaster is we learned from our mistakes.”
"What we learned is ... we learned."

Well okay then. Proceed with your proceeding!

You shouldn't pass Freshman English with such reasoning, let alone get control of the reins of government.

Posted by J.W. Williamson at 4/21/2011 08:04:00 AM
Email ThisBlogThis!Share to TwitterShare to FacebookShare to Pinterest
Labels: Bob Rucho, oil industry

Of course to drill off shore and use our own resources is a bad idea. It is much better to give money to people who want to kill us for their resources.

Well, GIG, we can enjoy all that oil marinated gulf seafood while we work to destroy our coast.

We should demand energy independence, not more oil. As for their resources, that's all they have, we need it and will pay their price.

U no wat? I sorta hope the GOPers win this one, they won't be in power forever and it will be a dozen years and many legal battles (with lots of money coming into Dem attorneys' coffers) before we see one single rig off our coast. The fight will keep BP, Exxon, etc. in court for many years. When the Dems eventually get control they should add a rider that says any oil washing up on the beach property of Republicans when hurricanes take out the rigs is their own responsibility to clean up, and they agree to forgo federal disaster assistance. Besides, who needs NC seafood? We can get all we want from the Gulf, right?

doc, Maybe the money you want to forgo could be used for safe drilling practices. Or research and development in to better ways to avoid the disasters you warn of.
To me it seems a better use of that capital to wean our selfs of the oil of people who want to see you and I dead.

Olevet69, you say that we should demand energy independence, then claim we should meet our enemies price. Which is it your in favor for giving our enemies money for their resources or developing our own to be independent?