There's Bad, and Then There's Stoopid 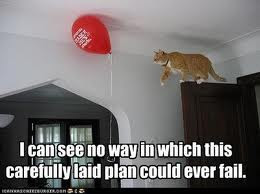 Another bill in the NC House, set to be voted on today (we just heard about it last night, and there's been no mention of it in any public press that we can find), would remove a valuable planning instrument from all local governments in North Carolina. House Bill 332 would insert language into existing law to prohibit temporary moratoria "for the purpose of developing or adopting new or amended plans or ordinances."

Talk about a Trojan horse!

Counties and towns adopt moratoria when threatened by something new, unforeseen, something especially threatening to public health and safety, not to mention detrimental to any local vision for what a community wants to be in the future. This bill would take away that instrument of government.

Watauga County has adopted at least three moratoria in recent years to deal with serious threats to its sense of community and its public health. It took about 30 minutes for a Republican County Commission to pass a moratorium on sexually oriented businesses when a titty bar wanted to open up in Deep Gap (what year was that? Mid-'90s). The moratorium stayed in effect until the Planning Board could study, write, and vote on a county-wide ordinance regulating the placement of such businesses.

Other moratoria were passed under the threat of new, unregulated asphalt plants (and other "high-impact" land uses, a.k.a., "polluting industries") and most recently to deal with the increasing visual blight and distraction of digital billboards.

The intent behind this proposed change to the law couldn't be clearer: when it comes to unleashing predatory business, local ordinances be damned! From the boys who say they oppose "big government" we get the repeated over-riding of local control in favor of wide-open, unregulated strafing of our state by whatever corporate interests might take an interest.

To their credit, most of our Watauga County Commissioners were alarmed last night by the implications of this proposed law ... even David Blust (bless his heart). But not so much Commission Chair Nathan Miller, who was immediately suspicious because professional planners are also opposed to the law. Apparently, anything that smacks of planning to Mr. Miller is tainted.
Posted by J.W. Williamson at 4/20/2011 07:36:00 AM
Email ThisBlogThis!Share to TwitterShare to FacebookShare to Pinterest
Labels: David Blust, moratoria, Nathan Miller

One of the primary sponsors of HB332 is Ric Killian of Charlotte, who also wants to turn back federal high-speed rail money for North Carolina.

How much mischief can one man do?

A question, please: Who pays for the High Speed Rail Money?