The NC Budget from Hell 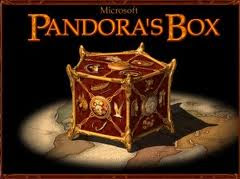 Laura Leslie is the only General Assembly reporter that we've seen (so far) who is doing detailed reporting on what's in the new proposed Republican state budget released by the NC House.

Leslie says that of the 333 pages in the total budget, 63 of those deal with the dismantling of environmental protections through the dissolution of the Department of Environmental and Natural Resources (DENR).

And here is Part 2 of her analysis, with more to come.

It's quite clear that the new Republican majority intends to use the budgeting process to rewrite the long-range vision of what North Carolina can and should be as an enlightened state in the Union. We used to be the most enlightened state in the Old South. Those days are over, at least for the next year and a half, unless Bev Perdue keeps that VETO stamp handy.
Posted by J.W. Williamson at 4/27/2011 01:08:00 PM
Email ThisBlogThis!Share to TwitterShare to FacebookShare to Pinterest
Labels: Beverly Perdue, Laura Leslie, North Carolina budget, Republican "brand"

I still don't understand why Republicans are pro-pollution. Unlike climate change, which is obviously a hoax, when rivers were catching fire in the 1970's, it wasn't just the imagination of liberals that pollution was real. Why do Republicans always post those cute pictures of themselves with their children when they really don't care what future they leave them. Virginia Foxx is surely expecting Grandfather Nursery to thrive with all that carbon dioxide in the air so I understand her, but Soucek and Jordan? Why are they hostile toward a clean Earth? Of course, since every generation of fanatics thinks that the world will end during their lives, I guess they don't worry about the future at all. With all the Franklin Graham types apparently headed for heaven, I wonder what the pollution and environmental degradation will be like there. Better take the gas masks with you.

Why, do you plan on not going to heaven? Is being a liberal really that bad?

To Anonymous above: the answer to all your questions is MONEY.

Money is why liberals are not going to heaven? Well, all right, if you say so...