Too Dumb for School 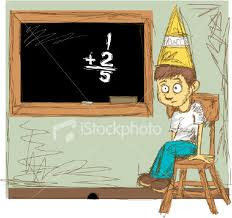 The short-sightedness in the new Republican General Assembly can't be surpassed in any deliberative body currently in operation on the face of the earth.

The new Republican bunch, who claimed their Number One priority was jobs, is seriously considering in the NC House Transportation Committee this afternoon this piece of true troglydytism, a petulant Teahadist refusal to accept a federal grant to improve rail service in the state.

But I'll let Winston-Salem City Councilman Dan Besse sum up the dismal prospect of politicians who first enclose themselves in (wet) paper bags and then fail to fight their way out of them:

[Via Facebook] Bad news: NC's jobless rate is still near 10% and we're short on dollars to modernize our transportation system. Good news: We've won a federal grant of over $500 million to modernize rail tracks and crossings on our most heavily used state rail lines--creating 5,000 construction jobs. Crazy news: A dozen NC House Republicans have a bill being heard today which would force the state to turn down the grant.

Seriously, isn't there a point when wrong-headedness can become life-threatening?

Posted by J.W. Williamson at 3/29/2011 11:00:00 AM
Email ThisBlogThis!Share to TwitterShare to FacebookShare to Pinterest
Labels: Dan Besse, Republican "brand"

It's a proven talent: cutting off your nose to spite your face!

It is also fiscally responsible to turn down what you don't need or want.

And exactly who is it who doesn't need or want this? Better: and exactly why wouldn't the Teahadist Republicans want it? Hmmmm .....

I don't think improving safety at Railroad crossings is something we "don't need or want". While we have no such crossings in Watauga County (except at Tweetsie), there are many such places east of us....and with increasing vehicle traffic, such crossings are increasingly dangerous.

Well, hell, even Scott Walker now wants federal railroad dollars. Now, that's a doofus for you, thinking he's going to get them from the Obama administration. Maybe, the NC 12 have been infected by the fallout from Japan.

where is the demand? said...

We do not need a high speed rail way nor do we want it. This is apparent as there is no demand for it.

Right, because we do not want nor need a more efficient way to move people and goods than our current system, the most antiquated in the developed world. There's no need to cut our use of oil.

And since we seem determined to send every manufacturing job overseas, we'll be a 3rd world country in another generation, and able to conduct any business we have on dirt roads and bicycles. (Apologies for the sarcasm....)

I want and need a high-speed rail system!!! I would gladly use it to get out of driving on those horrible overcrowded and dangerous interstates down east.

Just what is the source of these grants?

You, me, and other tax payers.