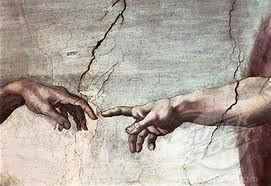 This morning’s haul of news includes a couple of interesting items that dovetail with the book I finished reading last night ... “God’s Secretaries: The Making of the King James Bible” (about which, way more below).

The New International Version (NIV) of the Bible is reportedly “the world's most popular English translation,” originally released in 1978, updated in 1984, and now again updated to some swirling controversy. If you go to www.crosswalk.com (where I go quite frequently) to search for Bible verses that you partly remember (and partly don’t), the default translation that the site wants to send you to is the NIV. I reject that always and opt for the King James Version, for I’m looking for the language that rang in my ears as a child, not necessarily the literal meanings of ancient texts translated into sodden, pedestrian modern English.

The other article from this morning’s reading is about the controversy that UNC religious studies professor Bart Ehrman has stirred among his Southern Baptist students and particularly the historical evidence he mines in his newest book, “Forged: Writing in the Name of God -- Why the Bible's Authors Are Not Who We Think They Are.”

I’m not the least interested in historical evidence about who actually wrote “Paul’s epistles” (it wasn’t Paul, Ehrman says). I’m interested in the power of language to express the inexpressible, purely human yearnings for transcendence, which is why the King James Version will always be my version.

And nothing has scratched that itch to understand the mysteries of the power of that 1611 version of the Bible like Adam Nicholson’s “God’s Secretaries,” wherein he delves deeply into the personalities and the politics behind both King James I, who commissioned the translation, and the 50-odd men who were drafted to the job. They labored in six “companies” of translators, each company with its own bailiwick of books to translate. They compared their work to many preceding English translations (and, yes, they took about 94% of their final product from William Tyndale, the 16th-century English Lutheran who fled persecution in England, but who was nevertheless betrayed in Flanders, garroted to death, and then burnt for his efforts. Lord Chancellor Sir Thomas More was very agitated at the time by Protestant non-conformists).

But Nicolson argues that the King James product was greater than Tyndale’s for achieving two principal things:

2. Unifying England, politically divided by uber-conservative Catholics on one side and uber-liberal Puritans on the other, through a common language of godly devotion.

(Sidenote: “uber-liberal Puritans”? That phrase might give pause, but “liberal” in this case bears little relation to modern American politics. The Puritans were the liberals of their day, the left-wingers, because they opposed centralized power, they were rebellious to the hierarchical rule of king and bishops, they maintained that every man – but not so much women -- had the right to be his own priest.)

English Puritans had their own English version of the Bible already, the “Geneva Bible,” produced out of the Calvinist shops of the Continent, and King James I (and most of his companies of translators) despised it because it preached resistance to kings. Most radical Puritans were barred from the companies of translators. Where they were allowed at all to participate, like the small, influential nest of them at Cambridge University, they were assigned the less crucial books of the Old Testament, like I & II Chronicles. According to Nicolson, when the King James Version was published in 1611, it was rejected wholesale by England’s stiff-necked Puritans. The “pilgrim fathers” who migrated to the New World in that decade brought the old Geneva Bible with them, not the King James Version.

The fact that now in the United States the King James Version is the only accepted version among the most conservative congregations (“If it was good enough for Jesus, it’s good enough for me,” the country preacher said) is a bit of a switcheroo that you’ll have to read Nicolson’s book to fully comprehend.

I’ve gone on with this too long, O my Brethren, but it’s a topic that animates my blood. Nicolson’s book is just the most absorbing 263 pages!
Posted by J.W. Williamson at 3/28/2011 11:09:00 AM
Email ThisBlogThis!Share to TwitterShare to FacebookShare to Pinterest
Labels: King James Bible, religion and politics

The companies of King James Version translators were all trained in Hebrew (for the O.T.) and Greek (for the N.T.). They did not, however, have the best sources, much more available in the 20th century. The Greek of the N.T. was NOT the Greek of Plato & Aristotle, however, and sometimes the translators were simply baffled by what they were trying to render into English. Nicolson cites 2 Corinthians 6:11-13 as an example of a passage they simply didn't understand. Nicolson labels those couple of verses in the KJV as "virtually unintelligible," and he's right.

JW, the bible of today has been rewritten and published by evangelicals power-housed in Texas.

I suspect, they even claim the product to be a King James version in a disguised way.

I recently bought a beautiful edition of the old Geneva Bible. 'Most impressive.

JW - There were problems with the English translations of the Hebrew in the Old Testament also. Two instances: 1). It should have been "The Sea of Reeds," not the "Red Sea" - very different geographically. 2). Also, in the Ten Commandments (whether Exodus or Deuteronomy) it is "murder," not "killing" which is forbidden.